This is one of my recent paintings and it's a portrait of the actress Diane Kruger. The color from the digital pic that I took of it seems to be just a bit off from the original, so maybe I'll post a scan when I do that. I tooled around with color adjustments in photoshop, but all that I managed to do was make her a bright pink and I really don't like to alter things too much from the original unless I have to. 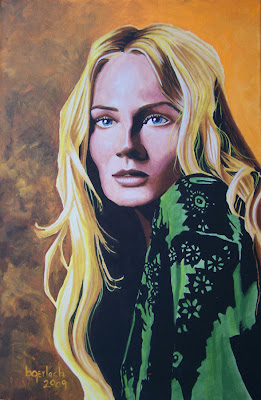 Portrait of Diane Kruger
10x15
acrylic on illustration board
Posted by Bruce at 5:50 PM 4 comments:

Here are a few of the 200 Clone Wars Season One Widevision sketch cards that I've done for Topps that have been approved to show. When I get the rest approved I will be sure to put more up. I love working on anything Star Wars, of course, but these were a blast to do. I like how the characters have a sculpted marionette look to them and that makes for a fun draw.
So, this fall is turning out to be one filled with sketch card work. Other than this set here, I am working on two sets for 5Finity; Zombies vs. Cheerleaders and Moonstone Comics characters, another set that I can't talk about yet, then another 5Finity that I may or may not be able to talk about yet, so I'll play it safe for now.
I hope that these will be as enjoyable to you as they were to me while working on them. 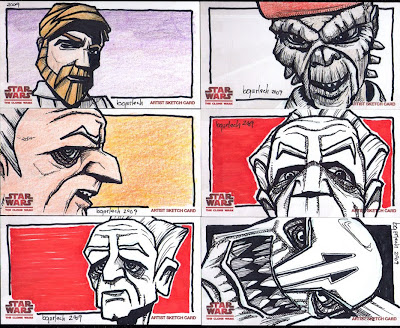 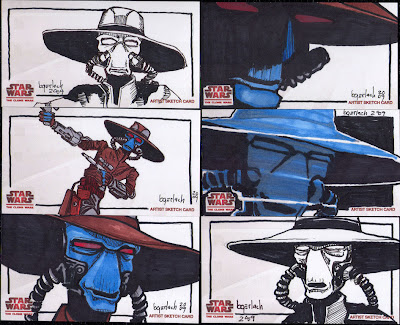 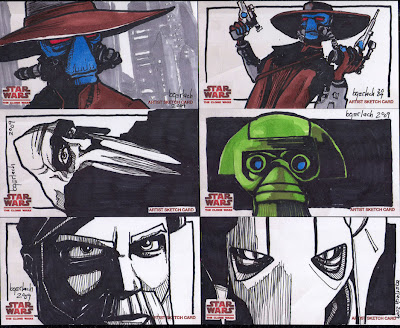 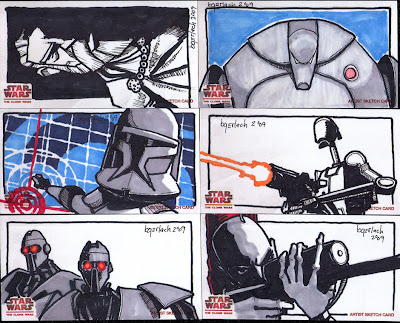 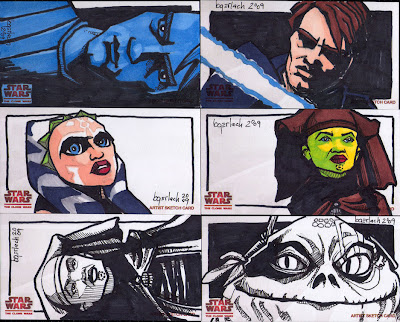 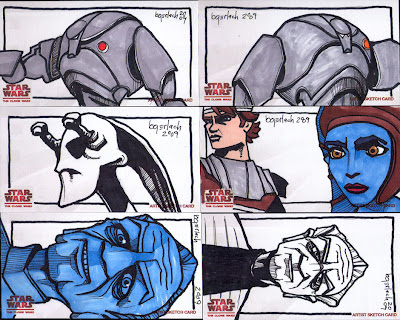 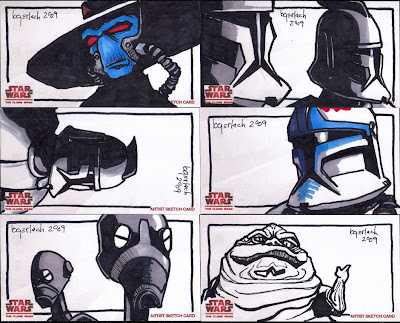 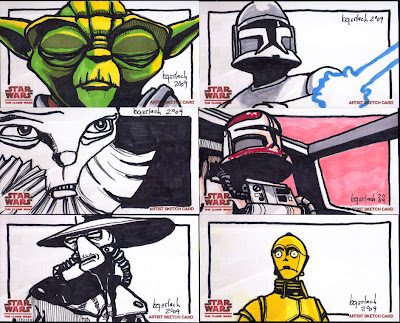 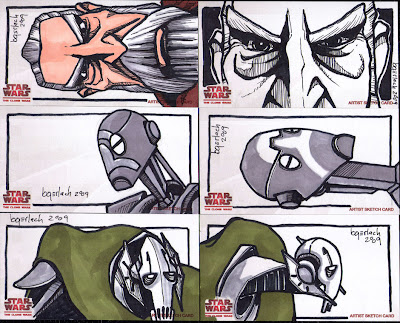 This past weekend I loaded up my stuff and headed down to Columbus for the Mid Ohio Con and had a very good time, I might add. The convention center was a very nice venue and was about half the size of the Motor City Con, but put together better, I think. It was mostly illustrators and like minded creators, with a few actors and just a small area of comic dealers, whereas Detroit's con has a huge area of dealers. Nothing wrong with that, I just thought it was refreshing to see a con with mostly artists.
It was fun to talk with quite a few sketch card collectors and to see their excitement about what they liked about the hobby. Also, it was nice to see the people who collected as a family, which I guess took me by surprise.
So, much thanks to everyone who came by my table, which was nestled right in the middle of fellow illustrators (and travel mates) Bill Pulkovski and Alex Buechel. Much fun was had by all. 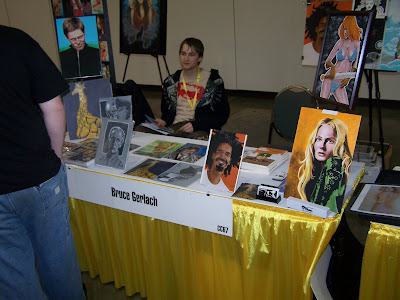 This was my set up this time. I couldn't bring my display stands with framed originals because there just wasn't enough room in my jeep. The dude sitting there is fellow sci-fi/comics geek David Ozias who came along to help out and have a grand ole time. 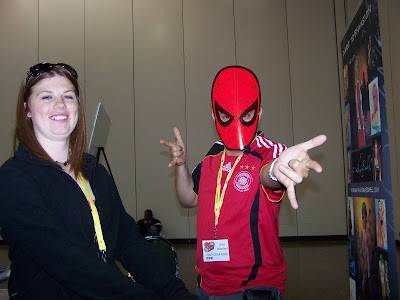 Some illustrator type (Alex Buechel) who thinks he is a certain webslinger. 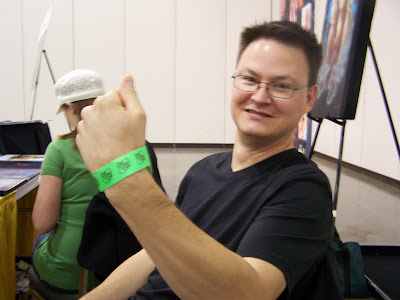 My friend Jay Miglia, the famed and notorious sax playin' Columbus inhabitant showing that yes, he was here.
Columbus from what little I saw of it seems like a great city and hopefully I'll be able to explore it some more soon!
Posted by Bruce at 2:50 PM No comments:

I will be at the Mid Ohio Con this Saturday and Sunday, the 3rd and 4th of October in Columbus Ohio for my first out of state convention. I will be set up at table CC67 in the Creator Commons area, so if you are going to be there, swing on by and say hello.
I snagged the above banner right of the con site and wasn't done by me or anything like that. It might be Fred Hembeck as he will be there and it kind of looks like his work. You can go here to check out the guest list and all of the events.
Posted by Bruce at 12:47 PM No comments: