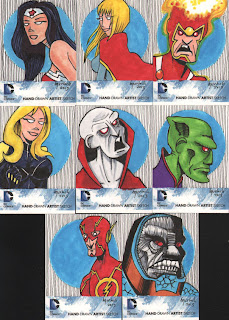 Here are my Artist Proof cards for the DC New 52 trading card set put out late last year by Cryptozoic Entertainment. Send me an email if you are interested in purchasing any of these.
Posted by Bruce at 2:37 PM No comments: 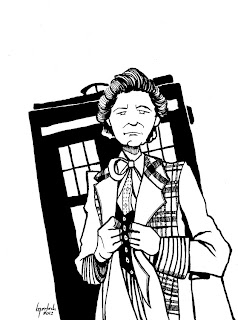 Who? Exactly. It's Dr. Who! And as some of you may know, Colin Baker who once played the traveling doc is coming to Motor City Comic Con next month. So, stop on by my table in artists alley and pick up this original drawing and have him sign it. Or not. You may be holding out for that Eccelston guy. Who knows?
Posted by Bruce at 10:16 PM 2 comments: 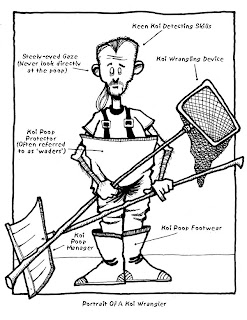 The semi-annual koi transfer at the Belle Isle Aquarium will be held this Saturday (the 27th) starting at 10am. The koi will be taken from their basement digs to their summer pond. So, round up the kids, the grandparents, one and all, but leave the fish hooks at home. We have nets.
Posted by Bruce at 4:04 PM No comments: 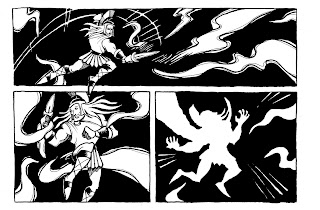 Tomorrow is the start of C2E2 and the premier of Denver Brubaker's Tales Of A Checkered Man printed edition. So, make sure you stop by his table in artist alley and say hi. Above is the fourth page teaser of a six page story arc that I contributed to for the volume.
Posted by Bruce at 1:06 PM No comments: 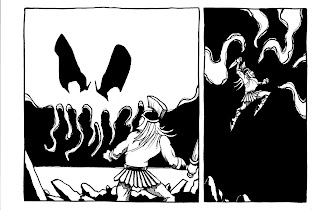 Here is the page three teaser for my six page story arc in Denver Brubaker's printed edition for his Checkered Man web comic. The final version will have all the text and grey tones done by Denver.
Posted by Bruce at 3:02 PM No comments: 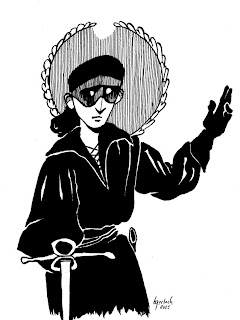 The Dread Pirate Roberts
9x12
ink on bristol board
$30

As the country awaits the outcome to the drama in Massachusetts, maybe a little Dread Pirate fun to lighten the mood? Inconceivable! Of course, this week's Friday Ink is none other than the fore mentioned Pirate Roberts from the film The Princess Bride.

Remember, never go against a Sicilian when death is on the line!
Posted by Bruce at 8:21 PM No comments: 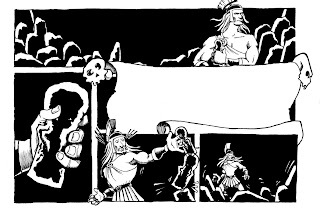 Here is the page two teaser for The Beast At Black Rock story arc featuring the character Vic Torrious, that will appear with text and grey tones in Denver Brubaker's printed volume of The Tales Of A Checkered Man. The book will make it's debut at next weekend's C2E2 convention in Chicago.

This was my favorite of the six pages to do. Working from Denver's layouts, this one has a nice feel to it and flows well. I can't wait to see this in printed form!
Posted by Bruce at 4:29 PM No comments: 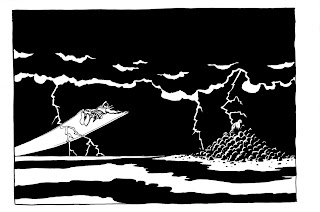 As some of you may know, a couple of years ago I did a guest panel for a story in my cartoonist friend Denver Brubaker's web comic, Tales Of A Checkered Man. In that story arc, a flashback scene involving a side character, Vic Torrious, showed him in battle with the dark demon M'htrew. At the end of last year, Denver asked me if I could contribute a six page story that involved the same characters for his printed volume. I've been trying to flex my black and white/inking abilities some, so heck yeah, I was on board. The guest panel had a silver age/John Buscema kind of feel to it and although I had that in mind for this project, I think it took on more of the cartoon look that I am currently doing. I think it's effective and I sure hope that Denver and his fans think so too!

This six page story arc will be in the printed edition of the web comic and will make its debut in Chicago at C2E2 on April 26-28. The book is called Tales Of A Checkered Man, Vol.1, so pick up a copy. It's a great comic with some cool characters and has many wonderful and in-depth tales. Check it out!

I will be showing the panels that I did leading up to and beyond the show as a teaser. The finished art, complete with Denver's narration and grey tones can be seen in the book. Denver took my crappy art and made it all look palatable, ha, ha! It looks sweet, it really does, so again, check it out!

I will also have another C2E2 related project to announce soon, as well. Even though I won't be there, I seem to have a couple of projects that are debuting there at the end of the month.

As usual, click on the image to engorge.
Posted by Bruce at 3:58 PM No comments: 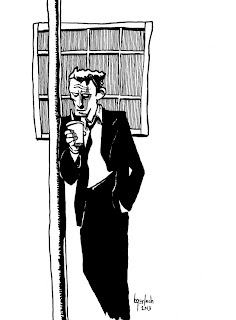 So, you wanna have a soda with Mr. Blonde, do ya? Well, you can at next month's Motor City Comic Con. Michael Madsen, the actor who portrayed The Reservoir Dogs character, as well as Budd from the Kill Bill movies will be in attendance in the media guest area.  Pick up this original drawing for him to sign. If you like your ears intact, just leave the duct tape at home.
Posted by Bruce at 5:44 PM No comments: 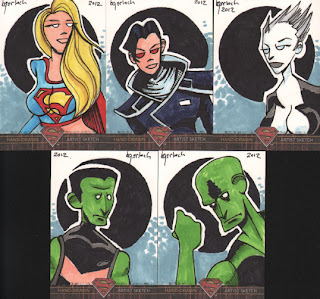 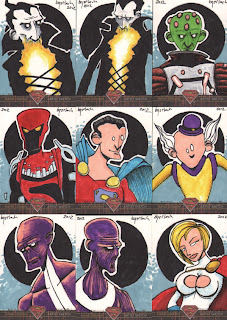 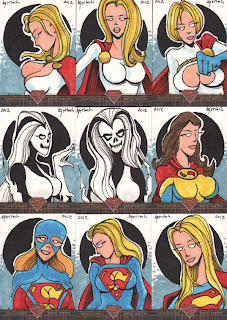 Here are the remainder of the sketch cards that were done for Cryptozoic's Superman: The Legend trading card set.
Posted by Bruce at 3:55 PM 2 comments: Today's Friday Ink is all about the Sandman. Although I've given Logan, the character portrayed by Michael York, a menacing grin, he questioned his position in an overpopulated society, which led to answers. The Sandmen always made me think of the saying, "absolute power corrupts absolutely."

I always liked the simplicity and effectiveness of the Sandman uniform, with its solid grey bar across a sea of black.
Posted by Bruce at 12:14 PM No comments: 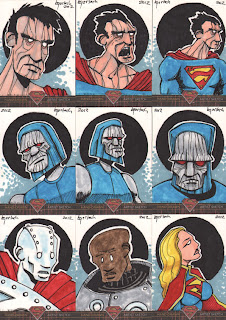 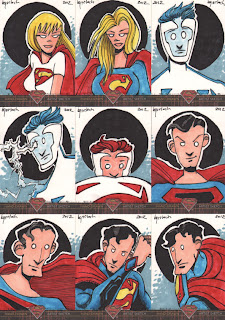 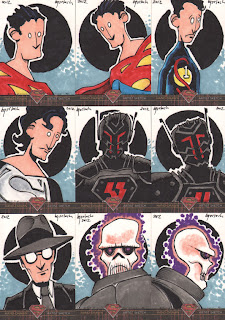 Here are about half of the sketch cards that I did for Cryptozoic's Superman: The Legend trading card set. As with other sets, we had a list of specific characters to work from, so these cards reflect that list.
Posted by Bruce at 2:57 PM No comments: