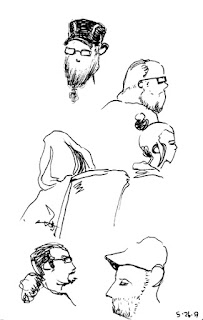 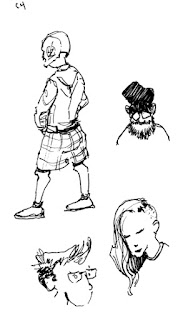 Here are some sketches from this past weekend's Cherry Capital Comic Con in Traverse City, MI. The top sketches are from Friday night's Drink N Draw session, so a bunch of fellow creators and such. The bottom sketches are con goers. I particularly liked The Flash with dad shorts.

This Friday, Saturday and Sunday I will be set up in Artists Alley at C4 in Traverse City, MI. This is a great con held at the Grand Traverse Resort every year, so if you are in the area for this Memorial weekend stop on by. I will have all the usual paraphernalia; books, original art, sketch cards, prints and will be doing commissions, as well. See you there! 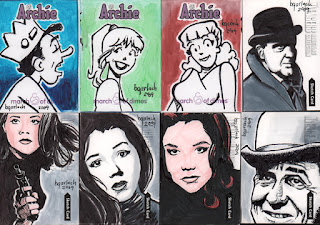 These here nifty sketch cards are my AP/return cards for doing an Archie Comics set for 5Finity and one for the The Avengers  TV series. The links are below: 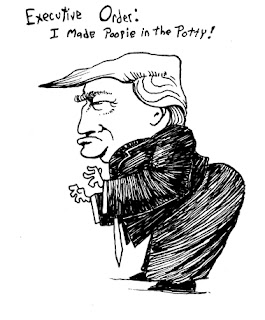 I haven't done a cartoon of our fearful leader in awhile, so here is one that pertains to his desire for validation in doing the most trivial of things.

Politicians are a boon for cartoonists and this guy is a cornucopia of plenty. It helps that his personality and actions go hand in hand with his physical stature. The only Presidents in recent history that I've heard other cartoonists, especially editorial ones having a hard time with were Ford and Obama. They were just too ordinary looking. I think that the only two cartoonists who did a good job with Ford was Jeff MacNelly of Shoe fame and the Detroit News' own Draper Hill. But, there was nothing to exaggerate on the guy, maybe a high forehead, but that was about it.

But of course, Trump has all kinds of stuff to lampoon. I think his fat head and his fat ass kind act as a sort of a ballast. Maybe they have a purpose, after all. 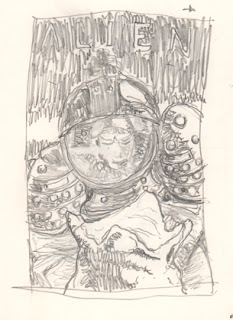 A possible print? Inspired by the new movie and wanting to do a John Hurt tribute kind of thing. 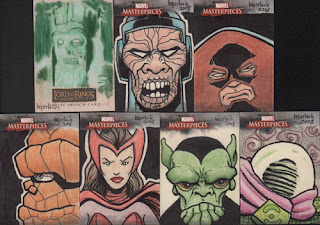 Here are some recent listings for some older Artist Proof sketch cards: 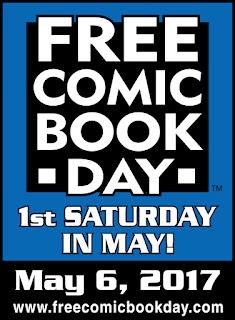 This Saturday id free Comic Book Day across the land and I and a few other artist/writer types will be on hand at Comics & More in Madison Heights, MI. I will have my books and probably some prints (space is limited!) available. I will be there alongside writer Dom Riggio and artists Terrell Culbert and Tim Lee from 11-6. So, come on out and get your free comics and check out our goods. 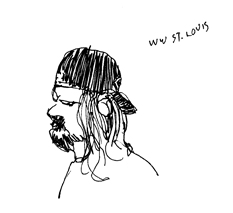 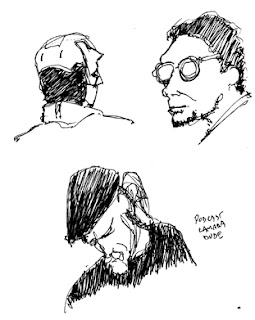 Here are some sketches of con attendees at the Wizard World St. Louis show from last month.