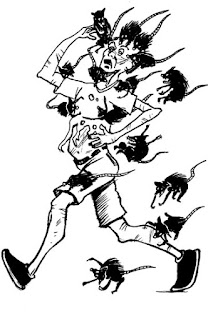 This post is a little late, but considering what it took to do so, a little late is ok. You see, every little action is a painstaking one, as I took a nasty spill and did some ligament damage to my knee. Walking is out for the time being. But, I was determined to get something done, even if it was this sketch.

So, Happy Halloween everyone! 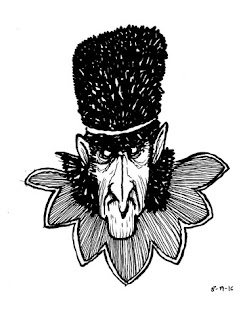 A sketch from a couple of months ago. A guard of the Wicked Witch of the West from the Wizard of Oz. 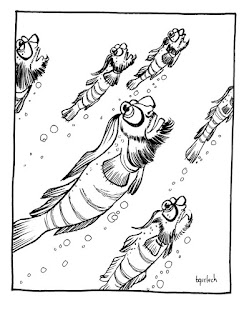 A cartoon that I did for.....something. Make what you will out of it. 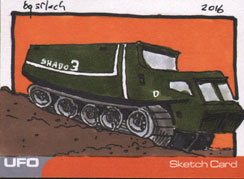 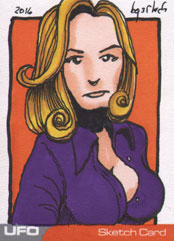 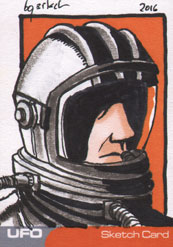 Above are my three Artist Proof cards from the UFO set done for Unstoppable Cards. Here are the eBay links, if interested: 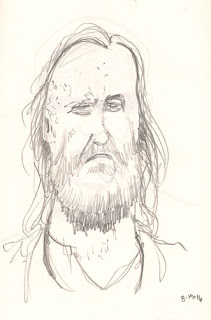 I've been so busy with various projects that I have neglected my blog this week, so here is a sketch that I did a couple of months ago of The Hound from Game of Thrones.

This Saturday and Sunday you will find me in Birch Run, MI for the Fantasticon event, the first time held there. There will be some veteran Marvel Comics guys there, such as Keith Pollard, Arvell Jones and Joe Rubinstein. Also Jason Moore, Bill Messner-Loeb and Erich Guttierez. 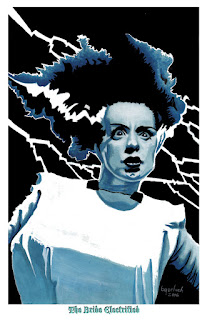 I will have a new print available, which is shown above, as well as books, prints, sketch cards, original art and I will be available for commissions. Stop on by and say hello.

Gary Reed, the founder and publisher of Caliber Press, writer, con promoter, biology teacher and all around great guy passed away yesterday. I haven't known Gary as long as others, but it wasn't long enough. At first, he was a bit intimidating to be around, having done so much in the comic book and publishing industry. The guy was connected, that's for sure. But all of that insecurity passed quickly once you met him and talked with him. And you could talk about all sorts of things with Gary, not just comics. And he listened to you, as well. He always came by to talk at cons, usually a longer chat would ensue. Gary always said hello. He also came out to our sketching events when he could or a gallery show that any one of us were in. Oh, and he shared my disdain for wrestling, ha, ha. 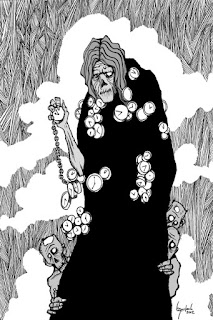 One of the stories that I like to tell about an interaction with Gary involves the illustration above. He was putting together his book Voices From The Deadworld and asked quite a few locals if we's like to be involved. Who could pass that up? The book showcased all the characters, good and bad from the Deadworld series. We could choose a character and could also design our own zombie if we liked to. So, I picked his character Tattoo and wanted to do one of my own, as well. I had this sketch that I did from a few years prior of an old man wearing a black robe with all of these clocks and watches attached to him. I always like the image and thought that it would be cool to make him into a zombie and have a place in the book. So, I presented the sketch to him. His reply?

There was no mistaking his tone in the email as sometimes happens with text. He had that knack, though, being a writer. And using the 'f' word helped too, I suppose.

So, we chatted about it some more and he warmed to it. I think he finally saw what I saw, or maybe he saw my excitement with the character. Either way, he wrote a good backstory for the 'clock zombie' and it made it into the book. My happy moment. I wish I would have saved that email, because I can hear his voice speaking those words in only the way that Gary could. 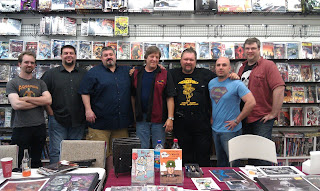 Above is a pic from a Free Comic Book Day event at Wonderworld Comics from a few years ago.

I'm sad and mad that Gary left us. I think it will feel a bit emptier not seeing him at conventions and I feel like he left us to fumble about in the dark without a kind word, a needed bit of criticism, a joke, ect. Gary will be missed.