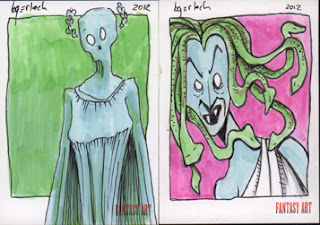 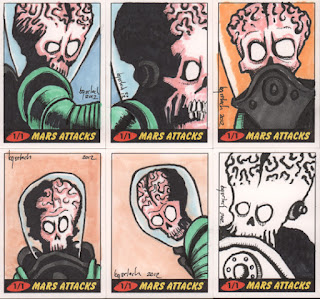 Ok, lets get back at some listings! Here are some Artist Proof cards that I did for the Fantasy Art set by Unstoppable Cards and the ones for the Mars Attacks set by Topps. The individual links are below: 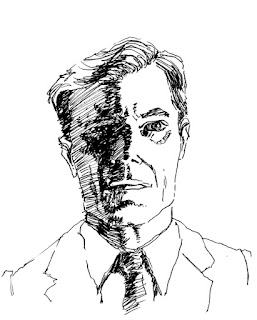 Michael Shannon as Richard Strickland from The Shape of Water.
Menacing. 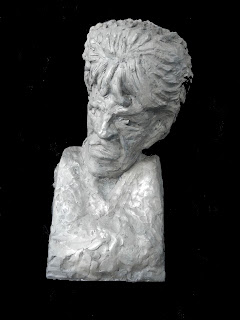 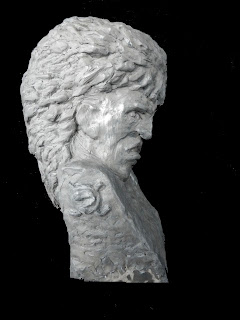 So, once again I have had the opportunity to sculpt a trophy for the hockey charity event held at Clark Park in Detroit each year called the Frozen Fish Fiasco. This year I did up the design for the Flow trophy that will go to the best Hockey Hair. A fun one to be sure. I modeled the look of this one on the wild mullet of a 90's Jaromir Jagr. Let's call this one Jagr-esque.

The event will be held this January 27-28 at Clark Park in Detroit, MI and will feature the Detroit Red Wings alumni playing members of the UAW in one of the games. Check out their website for more information. 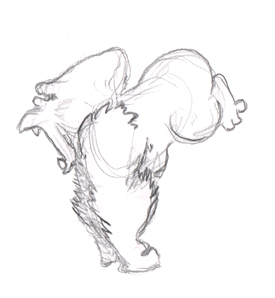 So, March can come in either as a lion or a lamb. Maybe the new year can come in as an angry gorilla?