Here are the first 90 sketch cards of the 308 that I did for the Star Wars Galaxy 4 card set that will be released by Topps sometime in February. This set was a long time coming for me and was pleased as punch to have been able to be a part of it. It was fun as all heck to draw all of these great characters from all of the films and I also feel that it's the best card work that I've done so far. For the most part these were all done in black and white, but I did throw some color in here and there and experimented some. I'll try to put all of them up at some time or another, warts and all. 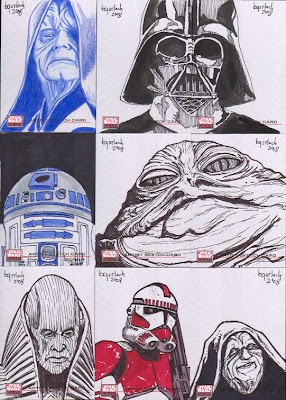 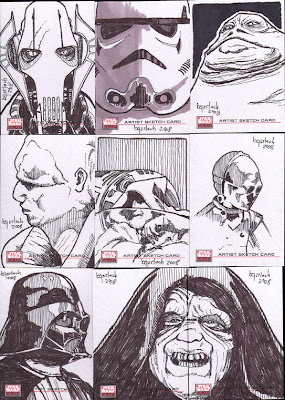 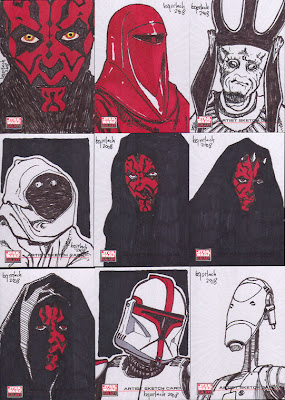 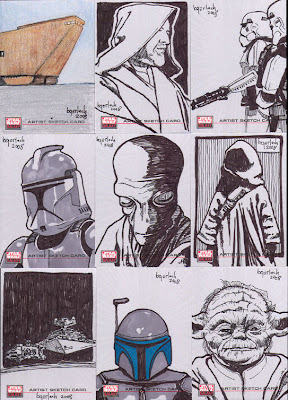 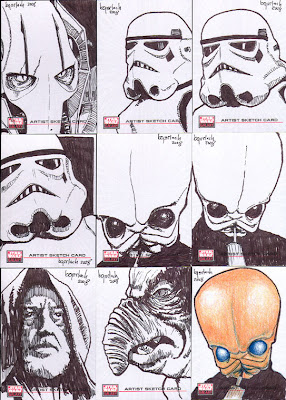 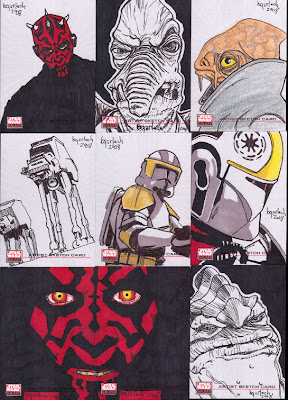 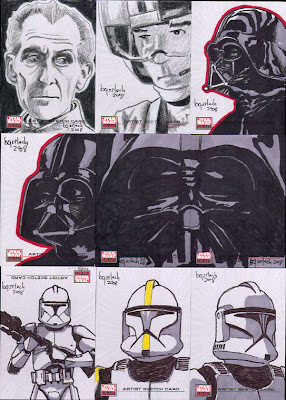 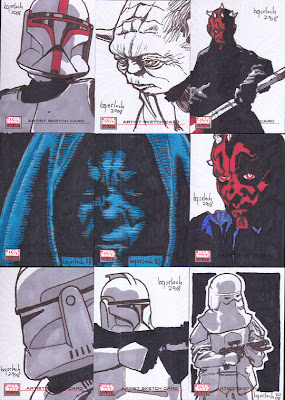 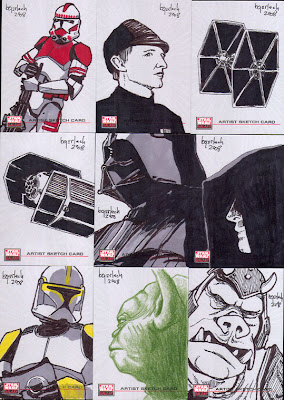 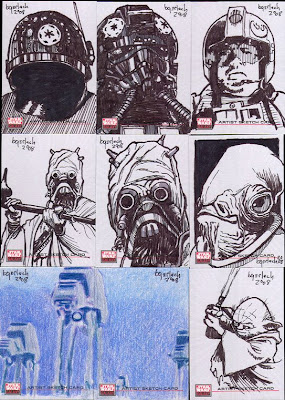 The following two cartoons are the first of an experimental strip that I started and have been tinkering with for some time now. It's experimental in that my usual approach to cartoons is mostly slapstick in nature complete with cheesy drumrolls (now there's a visual!) and even cheesier cliches. Well, ink.re.ments will be mostly biographical in that the stories told have actually happened to me or I was a part of in someway. And it may be just a story told and not a gag at the end. There will be some tweaking and exaggeration, of course. This is a cartoon strip after all. We'll see how it goes.
The deep sea diver is me as I ponder these past and somewhat current events. I hope that the inclusion of this guy at the beginning of each strip won't be too much of a distraction, but you the reader (hopefully) will be able to tell me that much.
This first one is, of course, based on my dog and what I was lucky enough to see of her in those first few months. Who am I kidding, this is a constant. 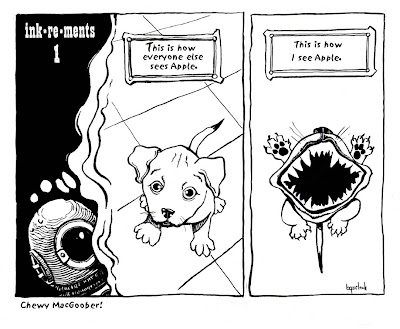 Some of these strips will be an inside joke, like this one below, but I'm hoping that I can work around that and make it enjoyable and entertaining nonetheless. I showed this one to the friend who gave such an inspiration and I think that I scared him. He wasn't expecting a cartoon to made out of it. I can be cartoonishly dangerous. So, all names and faces will be changed to protect the innocent. 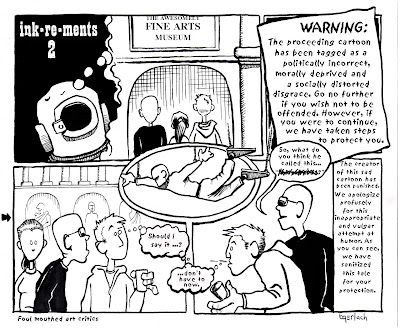 The next installments will be a two parter based on an event when I was a young lad and had my first run in with the law.
Posted by Bruce at 5:57 PM 2 comments: 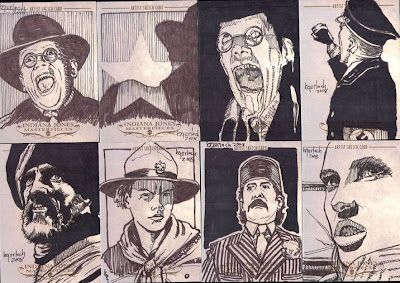 Here are my 8 return cards for doing the 200 cards for the Indiana Jones Masterpieces set put out by Topps. Interestingly enough, there are none of Indiana Jones himself, as my wife pointed out so disapprovingly. What can I say? These were my favorites. If there is any interest in them, shoot me an e-mail.
Posted by Bruce at 8:38 PM 8 comments: