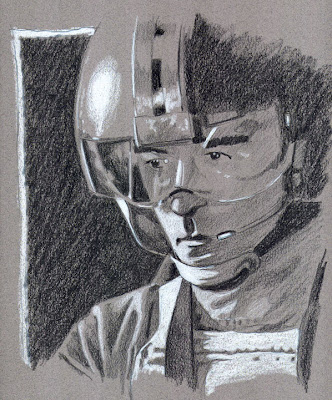 Tomorrow I jump on a plane headed for San Diego for my first ever visit to the International Comic-Con for what looks like a baptism of fire. I will be trying to conjure up some illustration work with the help and guidance of illustrator Matt Busch, so keep your fingers crossed. It will be a learning experience, for sure, and I'm really looking forward to the experience of it all. Plus, I hope to meet many fellow artists and just have a damn good time.
Posted by Bruce at 12:53 PM 10 comments: 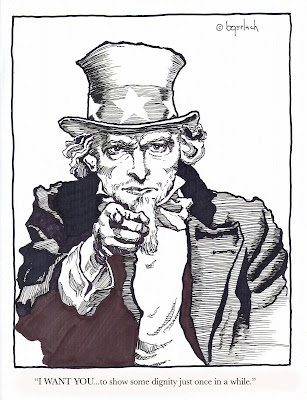 This here cartoon is my inclusion to the Homer Davenport International Cartoon Contest. It's all part of a festival that is held every year in Silverton, Oregon honoring the life and works of the early 1900's political cartoonist Homer Davenport. The festival will run from August 3rd to the 5th. To find out more about the frolicking festivities go to their website at www.davenportdays.com

I aimed this cartoon at our fun loving president and his total lack of said dignity, but it could really apply to a lot of people.

Oh, and my apologies to the illustrator who originally did the I WANT YOU spot for the Army. His name escapes me at the moment. This cartoon could not have been done without him.
Posted by Bruce at 3:38 PM 19 comments: 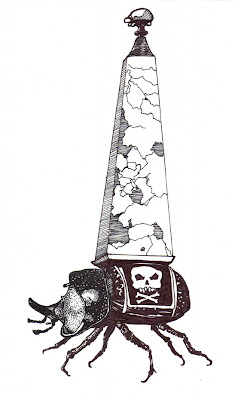 Finally, my website is up and running. I think it needs a few tweaks, but all in all, my buddy Darin who put it all together for me did a great job. So, by all means use the link in the right hand column and tell me what you think. The name of the website is the same as this here blog, Tattooed Sky (www.tattooed-sky.com). We're all travelling under a tattooed sky these days. Just perfect for us illustrators.
Posted by Bruce at 3:21 PM 17 comments: 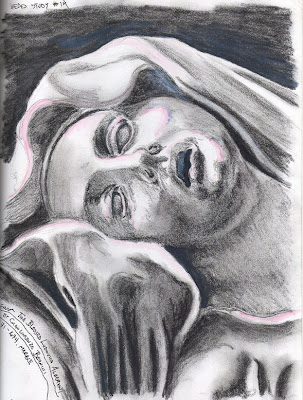 I haven't put up anything sketchwise in a while, so I thought that I would. About a year ago, I started to do some head studies to practice doing facial structure and all that good stuff. All were and are done with reference, of course, and I started with some celebrities, such as David Lynch, but mostly they were done after paintings and sculptures that interested me. I haven't done as many as I would have liked, like one a day or something, not one a month like I've been doing.

This one was done after Gianlorenzo Bernini's The Blessed Ludovica Albertoni, 1671-1674, marble. I've always found it interesting how artists of the past depicted eroticism through religious ecstacy. I know Michelangelo had a few tricks up his sleeve on the matter. When we were in Italy, I got my introduction to Bernini's sculptures, as they were everywhere. The Baroque master quickly became one of my favorite artists, as some of the works that he did for some of the Popes tombs in St. Peters are just amazing. And the way the he handled fabric and draping cloth is mind boggling
Posted by Bruce at 12:23 PM 6 comments: