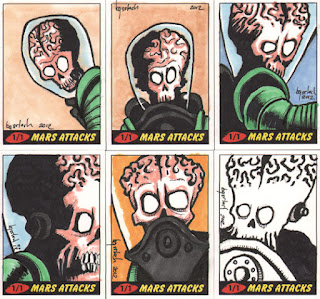 Last week I received my Mars Attacks return cards, or Artist Proofs, if you prefer. Each company has a different label for them. In this case, Topps calls them 'return cards.' You know the drill. If interested send me an e-mail. I also have a very cool Russell Walks sketch card that I will be putting up for sale soon.

Sometime this week I'll finally do a write up about my experience at Wizard World Chicago. I've so busy since coming home that I keep putting it off, but will remedy that soon.
Posted by Bruce at 1:12 PM No comments:

As You Wish Project 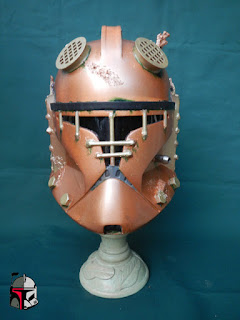 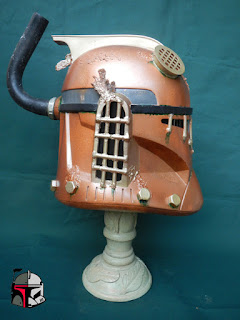 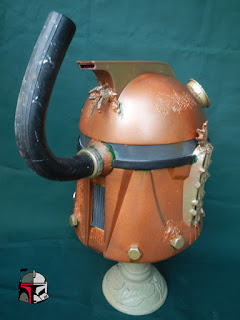 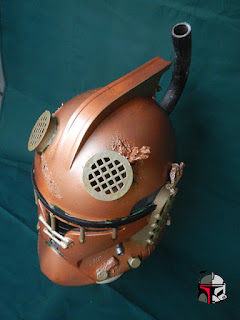 The official Star Wars convention Celebration VI is currently underway down in Orlando, Fl. Late last year I was asked by the 501st to contribute to the Make A Wish Foundation's As You Wish Project, where we the artists had to alter a clonetrooper bucket in some artistic way, add our own special touch to it. So, after submitting two designs and being approved for both I chose to do a Deep Sea Diver Clone. A sort of steampunk version, of sorts. Here is the official helmet bio:

Helmet Bio:
My deep sea diver clonetrooper helmet is based on just that, a deep sea diving helmet. I often use a deep sea diver in my artwork as a symbol of myself as an explorer of the sometimes wide and deep chasms of the sub-conscious. An adventurer mapping his own way of where he’s been and why.

I like the idea of having this futuristic clonetrooper juxtaposed with a more anachronistic and foreign aesthetic. I could say that this has a steampunk feel to it, but that might be stretching it some. I’ll leave that for others to decide. And having an airhose strikes me as being a little sarcastic, if not completely out of place in the Star Wars universe. The Jedi have used re-breathers, after all. Then there are the bolts that just tied it all together for me. It was not my desired helmet until those bolts were put in.

I began my project by cutting out the side and top visual ports and adding bars across all the visors. I wanted the bars to look as though they were welded onto the bucket. I used a combination of plastic and metal, as well as some found objects for the added parts. I also saw this underwater helmet having an organic feel and bought some fake coral at a pet shop and applied pieces to the top and sides, as a living, breathing extension of the helmet, which is why it is painted the same colors as the helmets copper and brass.

There are other artists that also contributed to this project and all of these helmets are up on ebay as I write this to be auctioned off and all of the proceeds will go to the charity. You can go here to bid on my helmet (which already as a bid!), but please check out all of the other helmets as they are spectacular. My friend Thomas Spanos did a clonetrooper/Alien helmet that is the talk of the show, I am sure. 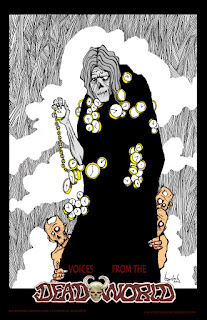 Starting tomorrow and going through to Sunday will be the Wizard World Chicago convention in Rosemont, IL. I will be set up in Artists Alley at table #4128 and will have all the usual goodies, such as prints, my cartoon books, Muck Man comics, original licensed and personal sketch cards, etc. I will have two new prints based on a Deadworld project that I will have more news on later. One of them is the image above as the print will look. They are printed on a linen stock, so they have a nice texture to them that lends itself nicely to the topic at hand.

It looks as though Michigan will be represented in a goodly manner with such artists as Jay Fosgitt, Bill Pulkovski, Tony Miello, John Marroquin, Scott Zambelli and Ryan Stegman among others. Well, maybe it won't be in a 'goodly manner' with this crew...

Anyways, stop on by and say hello. 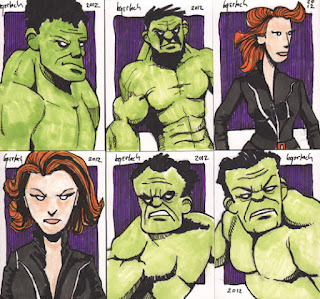 Periodically, I will do some work for charitable causes. It's important to give something back or to pay it forward; it feeds the soul and helps others in need. At least, I hope my meager contributions help those in need. These cards were done through 5Finity for the March of Dimes and are currently being auctioned off on ebay to raise money for the organization. You can bid here, if you'd like. Much thanks to Steven Frank for always doing such a tremendous job with all of his efforts.
Posted by Bruce at 1:11 PM No comments: 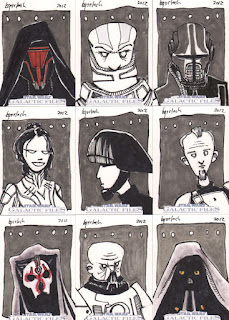 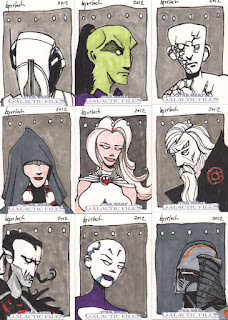 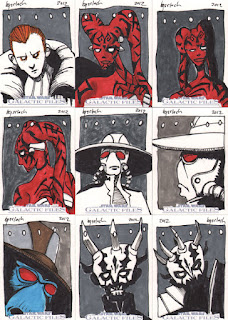 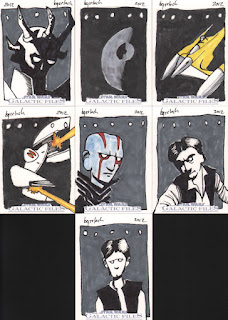 And this concludes our Galactic Files segment. Stay tuned for more sketch card action, as I have about 5 more sets coming over the next month or so. I just finished up a couple of illustrations for a Deadworld project, a couple of commissions and am now gearing up for next week's Wizard World Chicago appearance. Hopefully soon I will be able to share some news about the clone trooper helmet that I did for this month's Celebration VI in Orlando, FL.
Posted by Bruce at 11:44 AM No comments: 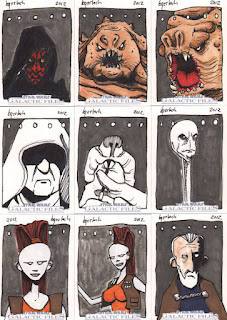 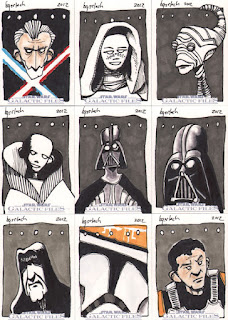 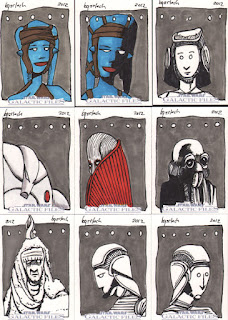 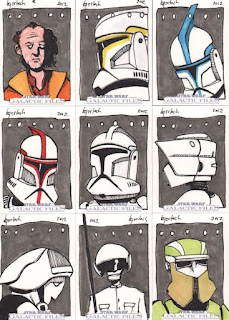 Here are the next batch of Galactic Files sketch cards. One more dump on friday.