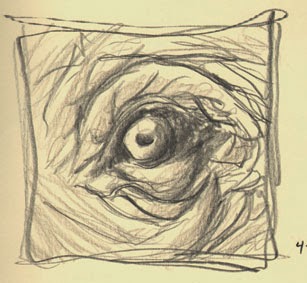 A recent doodle from my sketchbook that will be part of a larger piece. This one is the eye of an elephant.
Posted by Bruce at 1:45 PM No comments: 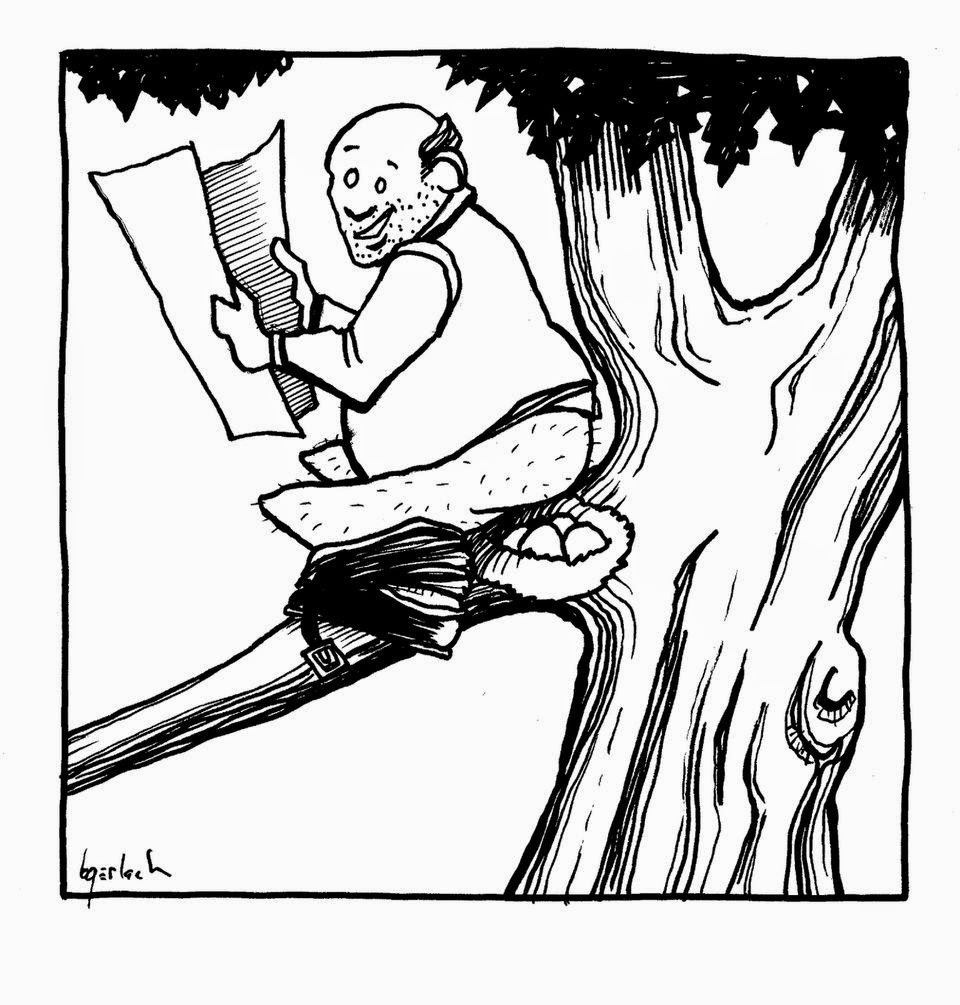 As usual, here is this past week's Stoopid Stuf sans text and color. Check out our site for the color version and all the rest.
Posted by Bruce at 12:57 PM No comments: 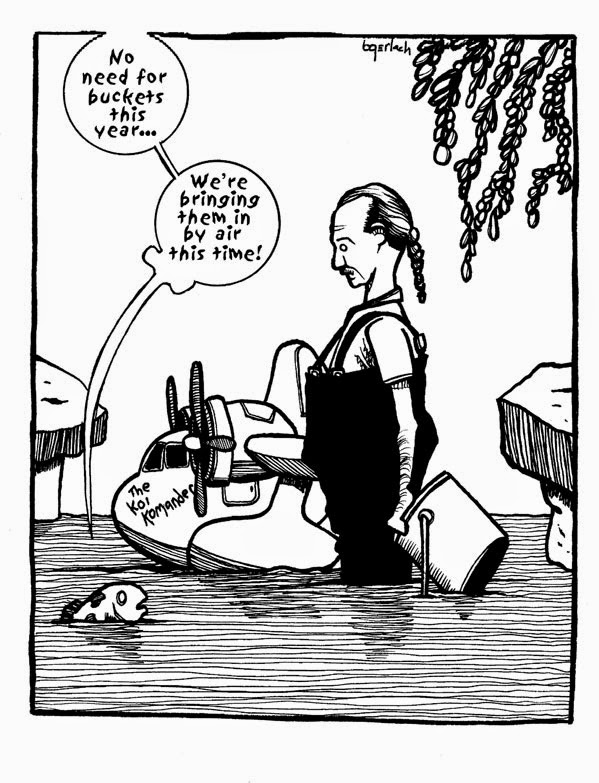 Tomorrow morning will be the spring koi transfer at the Belle Isle Aquarium. Kids young and old are welcome to come down and help the koi from their basement pad to the outside pond. If you have plastic bins and/or buckets, please bring them with you. The event starts at 10am and goes until all the fishes are in the pond. The aquarium will also be open for visitors from 10-3.

Click on the image to engorge.
Posted by Bruce at 3:46 PM No comments: 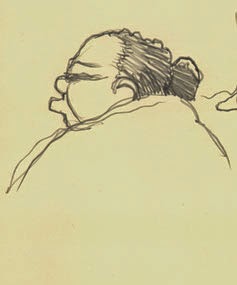 I read an interesting write up not too long ago about how there are two kinds of people in the world; Athenians and Visigoths. Basically, if one is an Athenian then they are seekers of knowledge, enlightenment, education, the betterment of mankind and all that. If one is a Visigoth then they are about ignorance, lack of culture, violence, destruction and arrogance.

Well, the Visigoths are everywhere and I have debated for a long time now that I need to sketch these bozos when they cross my path and grace me with their ways. I always thought that maybe I would become to judgmental or critical if I did this, but am now thinking that it may be cathartic in putting pencil to paper, just so that I don't become the monster that I see in front of me.

There is a Canadian cartoonist who does this brilliantly with his Bane Of My Existence" section on his blog, Chowderhead Bazoo. I've been following Rod Filbrandt for a few years now and am always pretty much entertained by his insight and wit. Of course, my take will be somewhat different as I need to find my direction and the path I want to follow on this, but above is one such Visigoth that I encountered recently.

We were leaving the rather large and pretty much empty parking lot of a large hardware store type place when this huge mamajamma came flying at us on the wrong side of the aisle just so that she could careen into a handicap parking space that was in front of us. She was in such a hurry and didn't want to take the chance that we might want that particular spot that she almost hit us and the parked car next to the handicap spot. Now keep in mind that there were dozens of spots that were empty and much closer to the door than this particular handicapped space. I looked back at this smug toad and she had to keep backing up and pulling in because in her haste she was at such an awkward angle there was no way that she could park her SUV correctly. She was still struggling with her lack of driving skills as we exited the parking lot, luckily unscathed by this one.

The Visigoths are legion.
Posted by Bruce at 10:16 PM No comments: 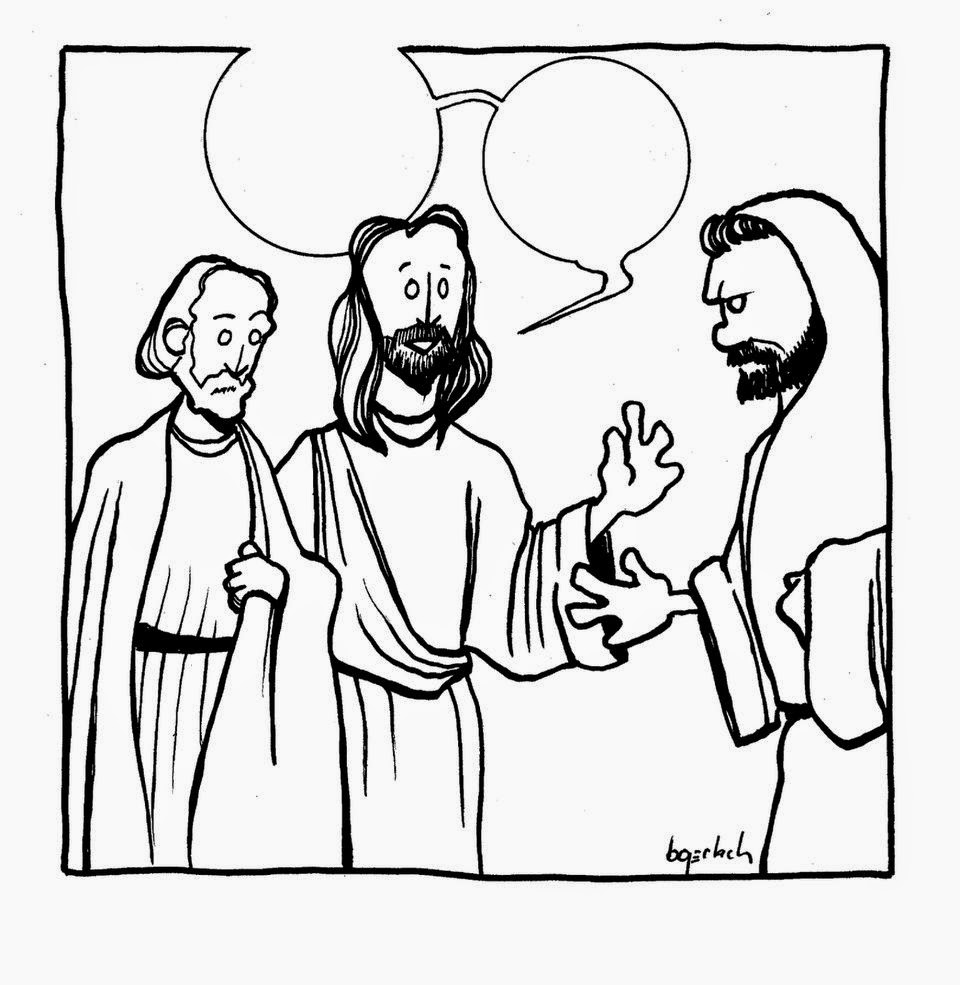 Here is last Friday's Stoopid Stuf before color and text. A snippet of the process, if you like. Head on over to Stupidstuf.com and to Kevin's site to check out more goodies.
Posted by Bruce at 10:10 PM No comments: 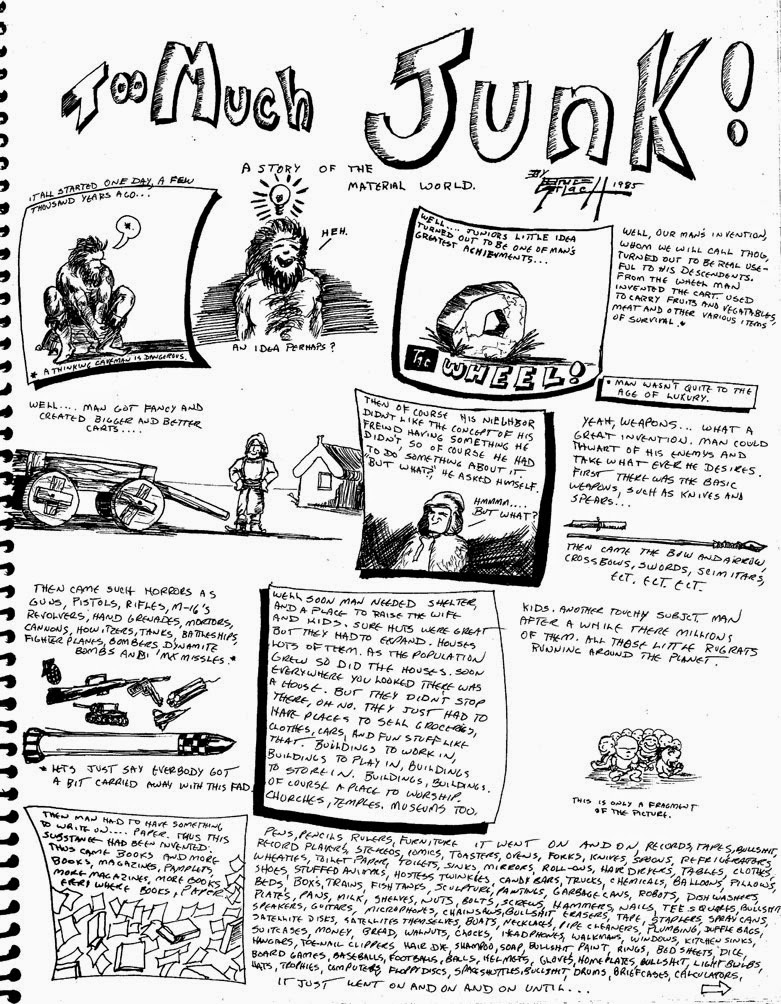 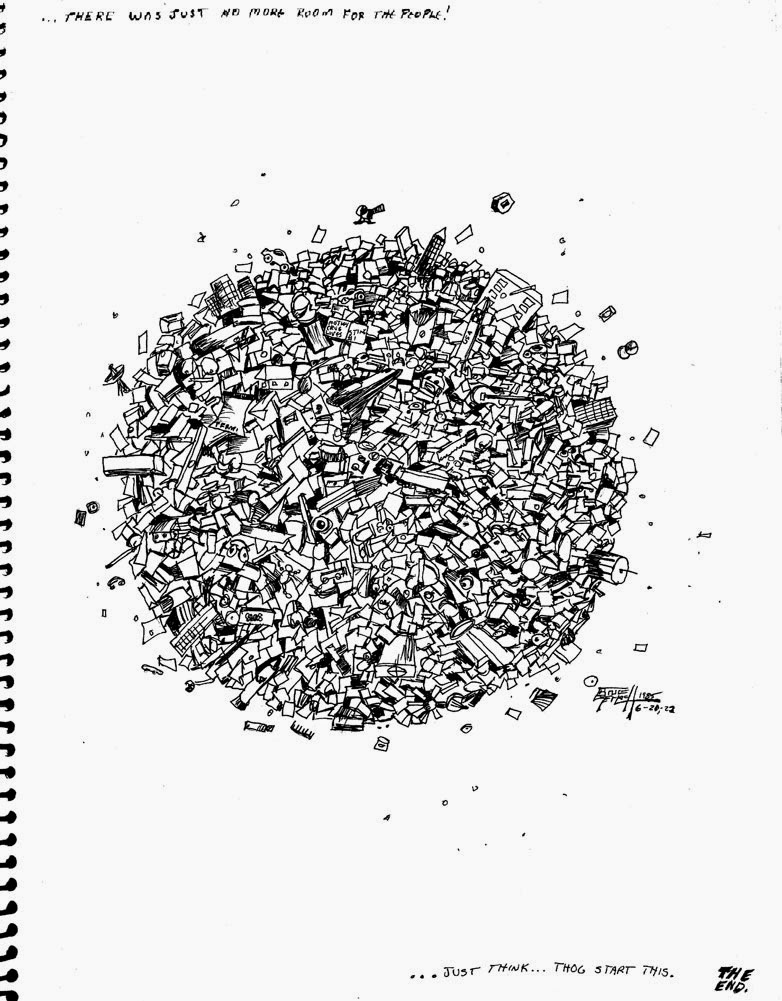 This here two page comic story is a blast from the past. Whenever I see reports on how polluted our oceans are I can't say that I didn't see this coming. People are pigs. I did this comic in my sketchbook back when I was 19. Dig the Frank Frazzeta-ish signature that I had going on at the time.

Click on the pages to engorge images to better read.
Posted by Bruce at 5:56 PM No comments:

Labels: Black and White, Blast from the Past, Cartoons, sketches 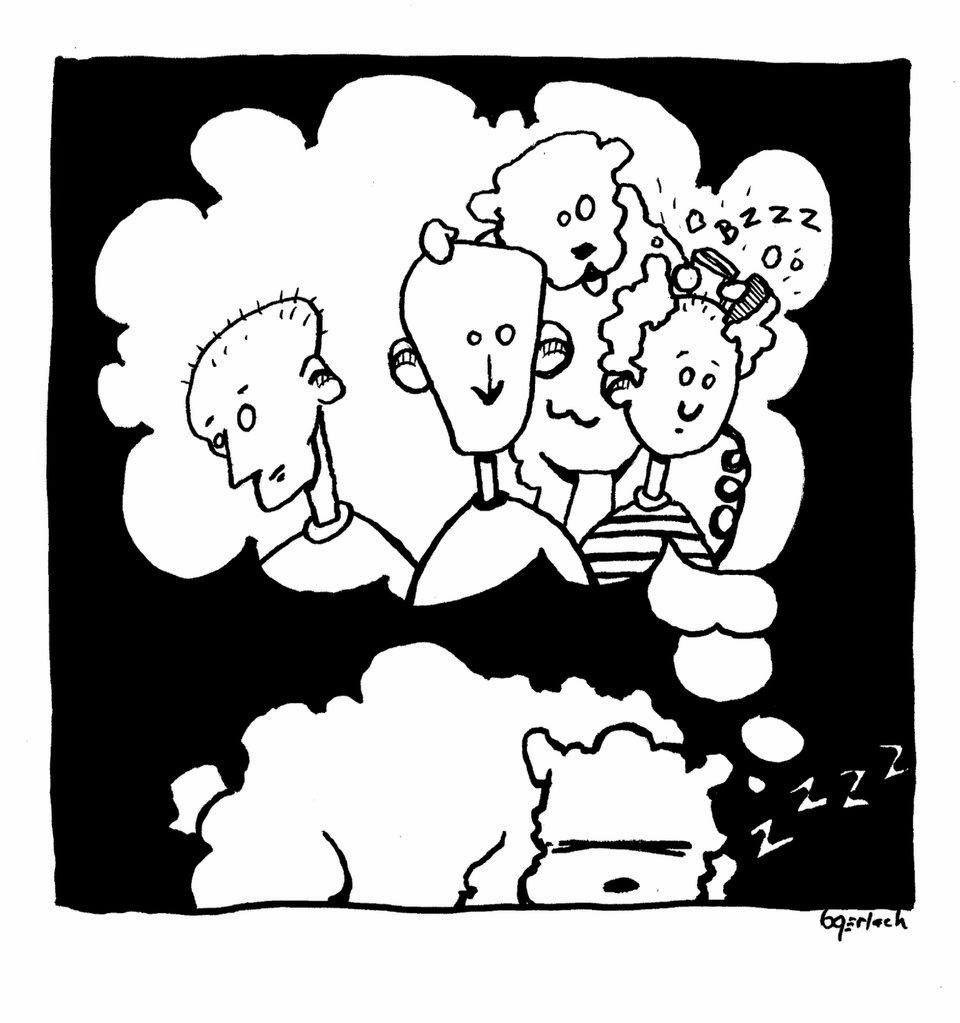 Here is last week's Stoopid Stuf cartoon before Kevin added color and text. Head here for the finished product and all the previous strips.
Posted by Bruce at 6:09 PM No comments:

Join me this Saturday in Flint, Mi for the Flint Comix Con, a one day event at the Masonic Temple. I will have the usual goodies and doing commissions. So, stop on by!
Posted by Bruce at 11:49 PM No comments: 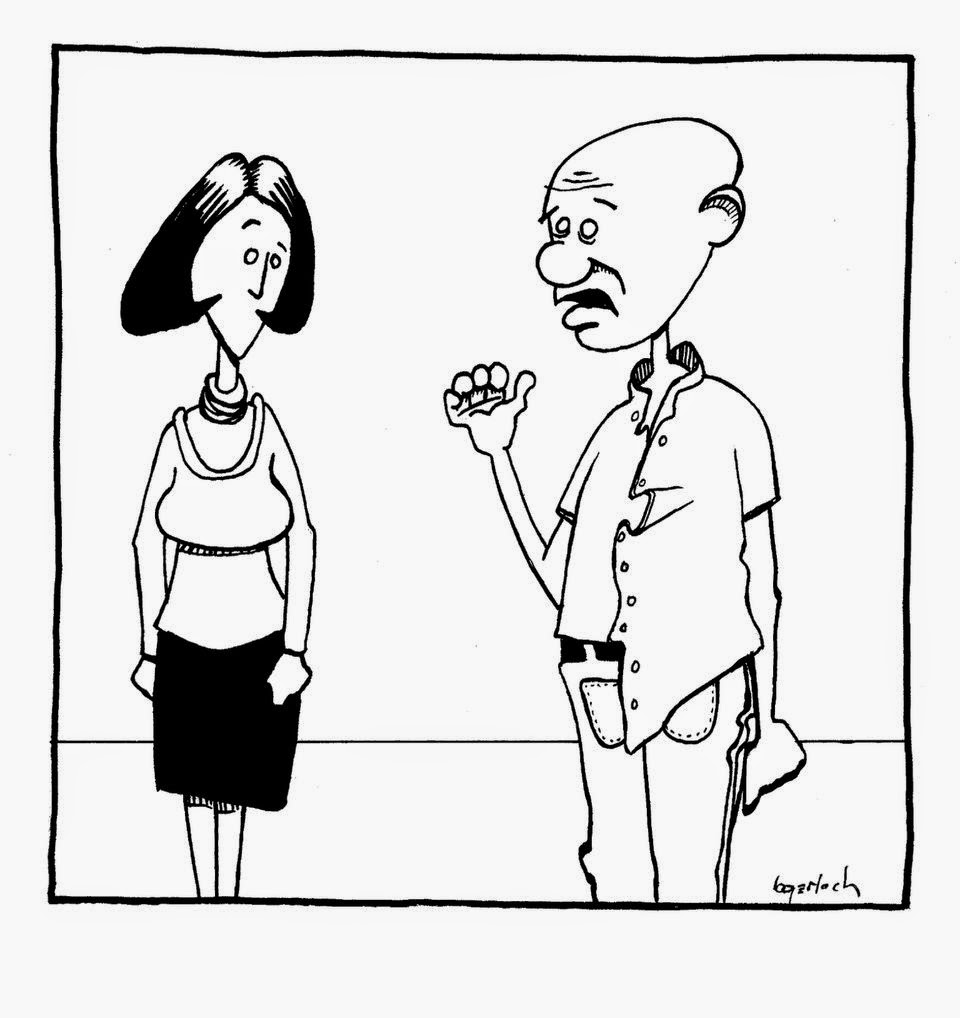 Another week, another glimpse at a Stoopid Stuf cartoon before the colors and text are added by Kevin. This is the strip that was put up last Friday. Head on over to the Stoopid Stuf site to check them all out.
Posted by Bruce at 1:43 PM No comments: