Here are the sketch cards that I did for the Marvel Beginnings set put out by Upper Deck and Marvel Comics. My Artist Proofs are the six at the very bottom and will be available for purchase once they are returned to me. I decided to keep with the cartoon style and had a lot of fun with these, so I hope they are received well. This set has yet to be released, but should be soon. 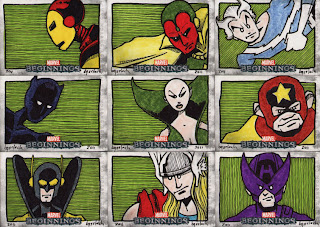 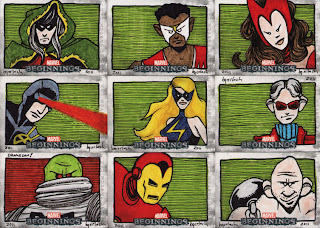 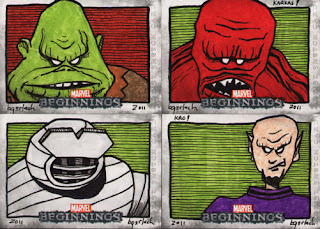 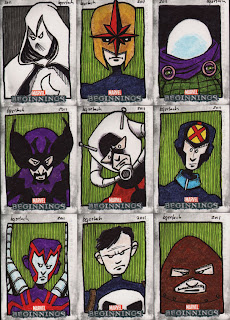 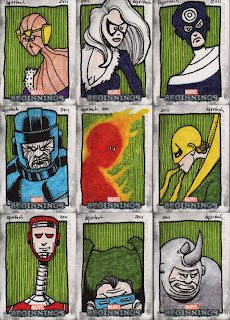 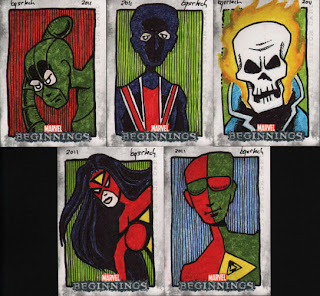 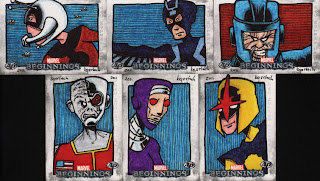 Here are a few photos from my adventure in Indiana last week. While my wife was busy toiling away at a training seminar, I took the time to explore the area, including Indianapolis, a city that I had never visited before. My first stop was the Indianapolis Museum of Art. 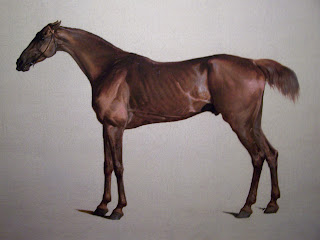 Rufus (1762-65) by George Stubbs
I don't know if Rufus was sickly or not, but this painting as simple as the composition is, struck a chord within me. It's a beautiful painting of a horse as one will ever see. 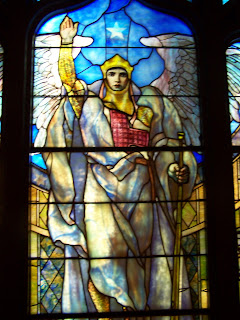 Angel of the Resurrection (1904) by Tiffany Studios.
This was the center piece of a larger memorial all done in stained glass. Years ago, I worked in a stained glass studio and always regretted not being able to paint like this on the glass itself. Truly an art form in itself. And being familiar with what the Tiffany Studios produced I certainly appreciated this piece of work and spent some time absorbing it all. 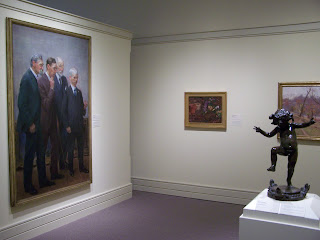 I'm sure that I'm not the first to take this picture, but I just had to. It's a funny site watching those 'art critics' looking with speculation at that dancing bronze kid. 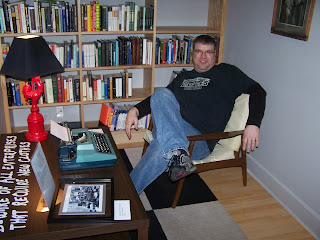 My second stop was at the Kurt Vonnegut Museum and Library. Here I am recreating the famous photo on the desk. 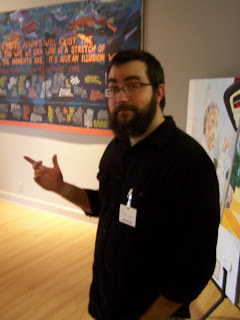 This is Corey Dalton and he gave me a most informative tour of the museum. If you have a chance, check out his website and links to his other sites. He's a very busy and interesting guy. 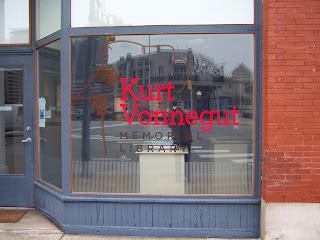 Here is the front of the museum. You can check out their website here. 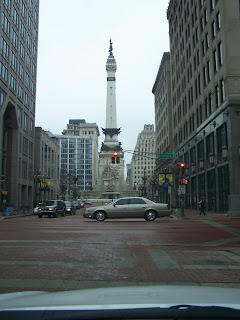 The State Soldiers And Sailors Monument in downtown Indy. This is probably one of the most impressive city circles that I've seen and this one was finished in 1902. The monument was designed by Bruno Schmitz (1868-1916), the marble sculptures were done by Rudolph Schwarz (1866-1912) and the bronze work was done by Nicolus Geiger (1849-1897). Very cool. 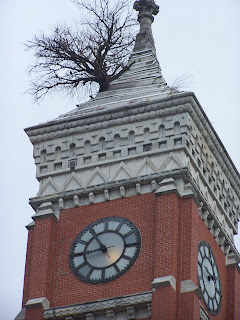 This is the clock tower of the Decatur County Court House in Greensburg, IN. In 1870 a large aspen tree made its appearance and has been here ever since (although, I've been told that this is the third such tree). Still...

Much to my wife's dismay, I dropped some cash in my time in Indianapolis, so I don't want to hear about any bad economy. I did my part!
Posted by Bruce at 4:08 PM 2 comments: 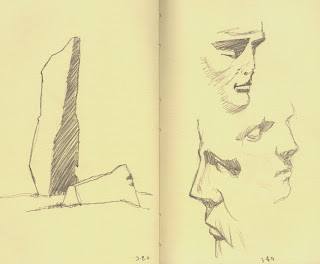 Last week I found myself in the city of Hamilton, Ohio with a day and a half to kill, so I decided to check out the Pyramid Hill Sculpture Park and the Museum of Ancient Sculpture located on the park grounds. I enjoyed both of these places, as I could wander around the 265 acres of woodland, ponds and a ton of sculptures viewing everything at my leisure. The museum was small, but just right. The collection ranged from Egyptian, Syrian, Etruscan, Greek and Roman.

So, I spent my time there taking pictures and sketching. Above are a few and on the left is a sketch of one of the menhir type sculptures from Jon Isherwood's, The Age of Stone. On the right are a few sketches from the museum, mostly from some Roman sculptures.

You can check out their website here.
Posted by Bruce at 8:34 PM 4 comments: