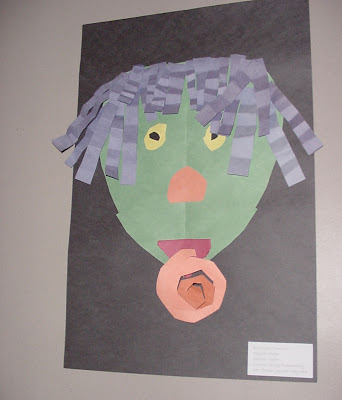 This may be a place where I can showcase my illustrations, but it's also a place to show off others, too. My niece, Kaylee, has her first showing of art work hanging in the Clinton Township Administration Building, Clinton Township, MI. I was very excited to see her collage "Big Green Monster" but was unable to take a better picture because some meeting was about to start and I had to be quick. Way to go Kaylee! And she was the only student selected from her entire second grade class at her school.
Got to love that tongue.
Posted by Bruce at 2:13 PM 3 comments: 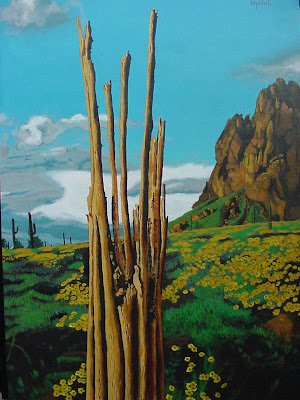 This is the first year that Macomb Community College has a student show for the graphic art department, usually it's just for the fine arts people, so it's kind of nice to be a part of it. I gave them five pieces, so I hope that all of them made it in to the show.

The opening reception is Thursday January 18th from 6-8pm and the show runs from January 16th until February 15 and will be held in the art gallery at the Macomb Center for the Performing Arts.

I really feel that I improved by leaps and bounds under the instruction of our proffessor Matt Busch. Not only is he a good teacher technique-wise, but inspiration and enthusiasm were infectious, as well. He didn't teach me all the big words.

So, here is the landscape that I did in his class and at the start of this painting I struggled, but I worked through it and I feel that this is one of the best pieces that I've done.
Posted by Bruce at 7:32 PM 4 comments: 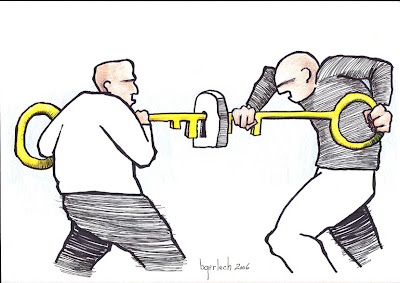 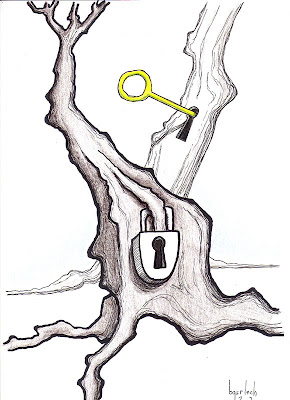 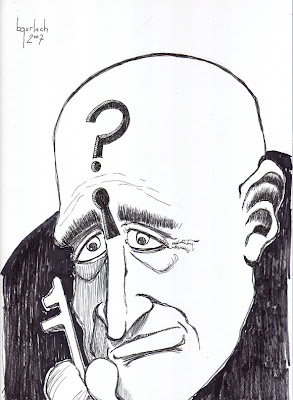 I just recieved notification that my cartoons have been recieved for the 16th Euro-Kartoenale , a cartoon exhibition held in Belgium. The theme for this years show is "Locks and Keys." Above are the three cartoons that I sent for the exhibition. The prize money for some of these shows are pretty darn good, but I have heard that some politics go into picking the winners. As they usually fly the prize winners to the openings, over seas cartoonist are usually passed over because of the expense. A plus for these shows is that selected cartoons are published in the exhibition catalogs and they do a good job on these and it's always good for publicity.
Posted by Bruce at 4:10 PM 2 comments: 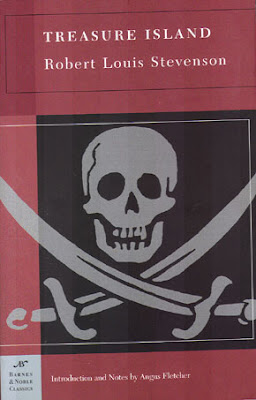 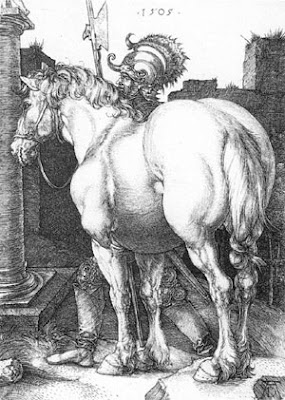 What may you ask do Treasure Island and Albrecht Durer have in common? Well, not a whole heck of a lot, but I had encounters with both of these on the same day that brought me crashing back to the mid to late seventies and made me remember just what I loved about literature and the arts, although I didn't really know it back then.

During the holidays I started to reread Robert Louis Stevenson's Treasure Island complete with Illustrations by N.C. Wyeth and I had forgotten the feelings that the book impressed upon me as a wee lad. I remembered thinking that all of these pirates were actually roaming around the seas and I felt fear that I may just run into them someday and didn't want to. My imagination was kicking into high gear about this time. Long John Silver (as cliche'd as he has become over the years) made me realize that there were people, real people that were just as manipulative and sneaky. And there were the obvious connections with Jim Hawkins, too.

I think that as adventurous as I think I am, I lost touch with just what adventure meant to me back then and the excitement and hope that I had when reading that book.

On the very same day, Tina and I went to the Detroit Institute of Arts to check out the Annie Liebovitz photography exhibit, which I was a bit disappointed in because no work was shown before 1999, and I for one would have liked to see the photos from her Rolling Stone days, both with the mag and the band. Oh well. But there was a very good exhibit on engravings and printmaking showcasing Picasso, Rembrandt and Durer. Durer's were the best by far for me and brought me back to about the same time as my first encounter with Treasure Island.

It was about this time that I encountered Durer's drawings and engravings and I think that this was one of my first exposures to any of the old masters, even though I didn't know who Albrecht was at the time. It was the image above that really got me with that stylized, yet proportionate horse in all of it's detail. It was an awakening to see just what could be done with line, the depth, the form, the atmosphere. This wasn't Spider-Man comics.

It was nice (and necessary) for me to get back in touch with what I thought I had lost.
Posted by Bruce at 8:25 PM 5 comments: 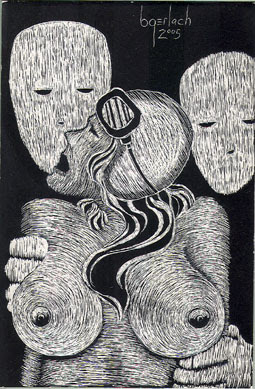 I just found out today that one of the four pieces that I submitted to the Dirty Show 8 was accepted for the exhibition. Here is the one that they chose. It's done in scratchboard and is 4x6. The actual name of the show is The 8th Annual International Erotic Art Exhibition and will be held at Bert's Warehouse Theater in the historic Eastern Market section of Detroit on February 9, 10, 11 and 14, 2007. Judging from the pictures that I have seen from previous shows, this could be an interesting opening. The art work ranges from hardcore (eek!) to the most subtle, which is where I fit in. I was actually kind of surprised that they accepted one of my pieces because I have never entered a show like this before. Like I said, should be interesting.

With titles such as "Smut Bowl" and "Dirty Show" you might think I'll get a bad reputation...Yeah, yeah, how could it get any worse, right? Now who to invite....Mom, Dad?
Posted by Bruce at 11:31 PM 7 comments: 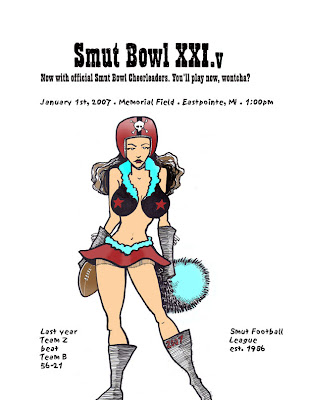 Yes, it's that most wonderful time of the year when we get together to play our annual football game on New Year's Day. This was our 21st year playing and for a bunch of 35-40 year old guys, we didn't do too bad. No heart attacks and no broken bones. This day is the only time of the year that I see some of these guys. The weather wasn't too cold, but it was wet and muddy, the best way to play a sloppy game of football. The score was 70-56. Defense wasn't exactly an emphasis today, as you can see. Here is the flier that I whipped up for the event. I would have thought that the cheerleaders would have brought out more players, but even that wasn't enough to get some off the couch.
Posted by Bruce at 6:06 PM 5 comments: