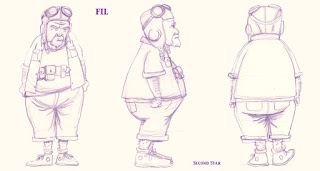 This is a turnaround profile that I whipped up for the character of Fil, otherwise known as The Artist Formally Known As Phil. Ha, and I drew it in purple! How about that?

Fil will be appearing in the 3rd issue of my comic, Second Star, which is currently being penciled. He was once a well respected and well known artist who went off the deep end and disappeared for awhile. When he reappeared he took up refuge in a blimp called the Grey Shark and became a wandering, grumpy, reclusive artist alongside his wife, Bitsy. 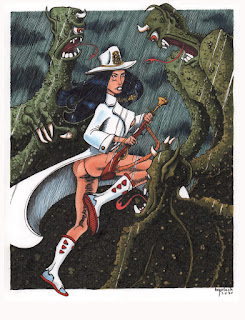 11x14
ink and markers on Bristol board

Here is a recent commission for a regular client, who always provides me with something interesting to draw. The young lass is a character of his own design that he has commissioned artists for their take on the scene, and also includes three lizard-like aliens. And he wanted there to be rain, as well, which I think was a good call for the background. 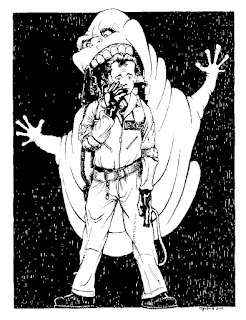 The new Ghostbusters art book from Printed In Blood and Insight Editions is now on sale, so I can finally show the piece that I did for it. There are some amazing talents in this book and from what I've been hearing (I have yet to see it), there's some great artwork in there. You can order the book from Amazon or other booksellers, I'm sure.

Well, if there was going to be a Koi Festival at the Belle Isle Aquarium this year, this would have been the logo used for letterheads, buttons, etc. It's basically the same design from last year, but I tweaked it a little by turning the koi to better accommodate the 'aquarium' wording. Plus, I think the fish look a bit better, design-wise. There will be a koi festival to be held in Japan during the month of May, so there's that going on. 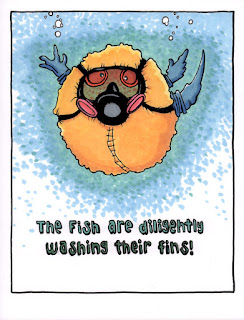 The Hazmat Pufferfish that I did about the Belle Isle Aquarium closing because of the pandemic has made its way to England. I couldn't sell the original, as it was done in my sketchbook and completed digitally, so I recreated it traditionally and sent it off across the pond. I'll post the first drawing that was done for the client soon. 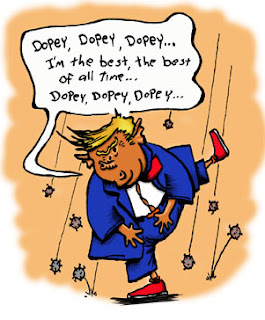 You daily Press Conference from the Orange Lummox.

May The 4th Be With You Sale

Below are 10 Artist Proof sketch cards from various sets that I have done that are now on sale on my website. Just go to the store and you will find them there. I will keep these prices for a week to celebrate May The 4th Be With you, then they will go back to their original prices. 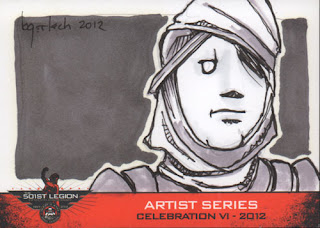 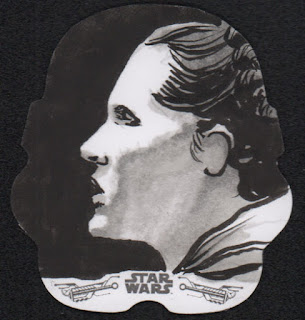 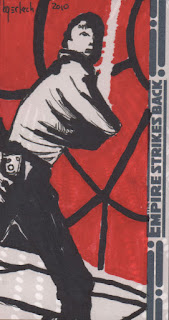 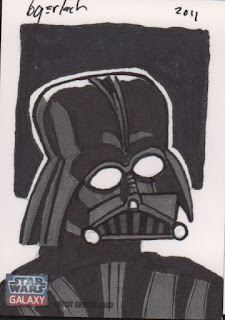 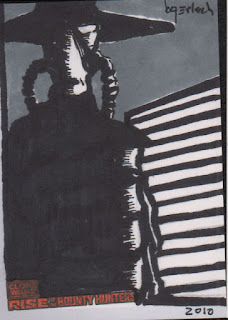 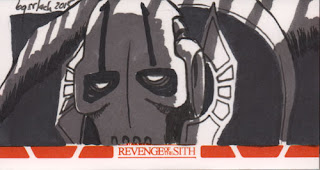 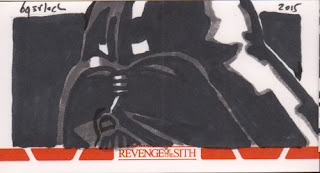 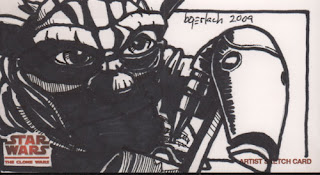 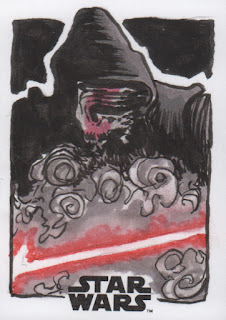 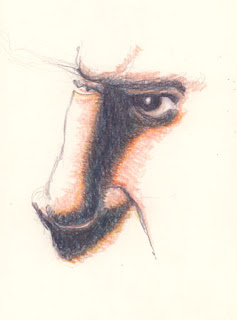 It doesn't look very Giacometti-like, that's for sure. That's because it was inspired by something he said other than what he sculpted or painted. I failed with my experiment, but succeeded still, in a way. He had talked about painting (and sculpting, I presume) what's in the shadows and that intrigued me. And I didn't take it as a something that hides in the dark, or something sinister. I read his words as seeing something that just might not be visible so, hidden in that regard. But, how to go about that? What did he see in those shadows? It could have been something dark, as is evident on his sculptural themes, but with my limited knowledge of all things Giacometti I don't see that so much in his paintings. I will have to dig more into his thought process, if it's out there. Anyways, I took a stab at it with this sketch, but couldn't see what was in these shadows. No reference, btw, so I wasn't going by any particular look or expression. Where I think I did succeed was in my direction with the colors. I saw the brighter warmer colors as a flame, slowly intruding in on the cooler shadow areas. Exposing something, perhaps? I'll experiment more.