This past weekend, my wife and I had the unique opportunity to take a behind the scenes tour of the closed down Belle Isle Aquarium. We had met Vance Patrick, who is the president of the Friends Of Belle Isle Aquarium a couple of weeks before at a one day opening of the aquarium to the public to show that steps are being taken to re-open the building. On that day, between 200-300 people showed up to look at empty tanks, but that proved that there is interest among the people of the Detroit area.
We met Vance in the morning and he began showing us around. If there ever was a guy to drum up support it's this guy. His enthusiasm is contagious and you can tell just by listening to him just how much passion he has for this place. He showed us the holding tanks in the basement, which keep the various carp all winter long until April when they will be taken to the outside pond that separates the aquarium and the conservatory. We then proceeded to just about every nook and cranny of the place and heard stories about how the Detroit police and fireman would use the basement for their retirement parties and how it was also used as a speakeasy during prohibition. One can imagine how easy it would have been to get liquor from Canada to the island during these times. What a perfect place for such a thing.
It's sad to see the state of things inside the building, because since its closing the City of Detroit has been using it as a warehouse to store all sorts of useless crap and to hear the stories about how it's almost impossible to get the most obvious and necessary things done because the city keeps standing in the way. This is just another example of why Detroit just can't get it together.
For those not familiar with the aquarium, it was North America's oldest continuously operated public aquarium having opened its doors in 1904 and closed in 2005. It's located on Belle Isle in the Detroit River just a bit upstream from the downtown area.
The aquarium was home to a variety of fish and other sea creatures numbering to about 1500. These included not only wildlife from the Detroit River and the Great Lakes, but numerous fresh and salt water creatures, as well. 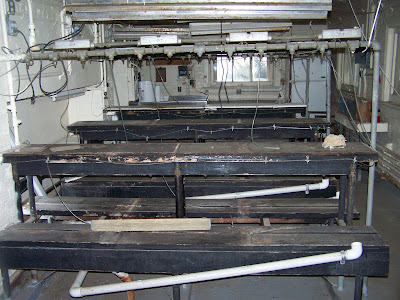 Here are the shelves that once held tanks of fish for whatever purpose they needed. 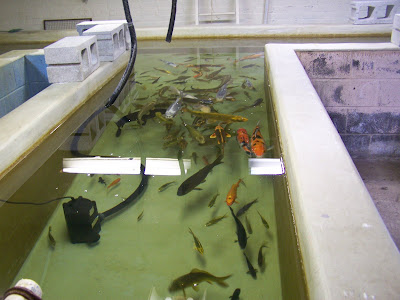 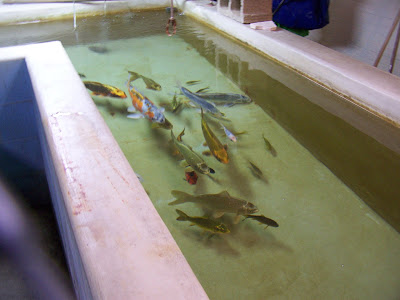 The two pics above show the carp in the basement holding tanks that will come spring make their way to the outside pond. 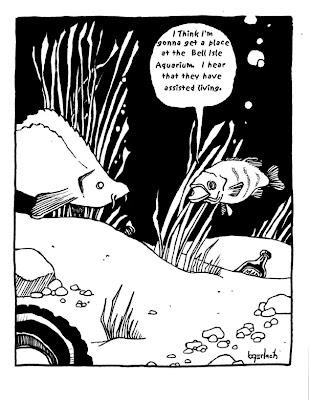 And since this is an art blog, here is a cartoon that I whipped up that has a little something to do with the aquarium.
So, check out their website and donate if you can. The FOBIA are making positive strides and will re-open the aquarium soon.
Posted by Bruce at 3:28 PM 4 comments: 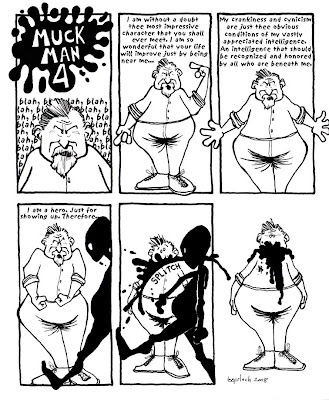 Here are 90 more cards from the Galaxy 4 set that I worked on. And yes, there is the one Jar-Jar card that I did.
I'd also like to thank whoever sent my info to Galactic Binder for the linkage. That was nice.
P.S. General Grievous is really fun to draw. 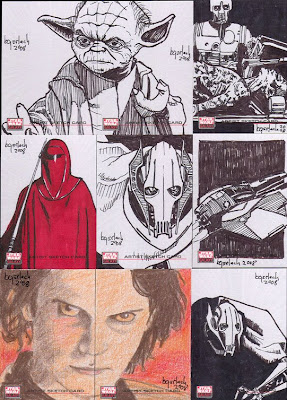 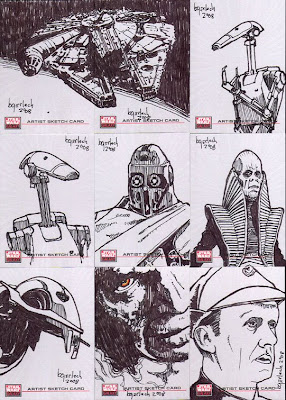 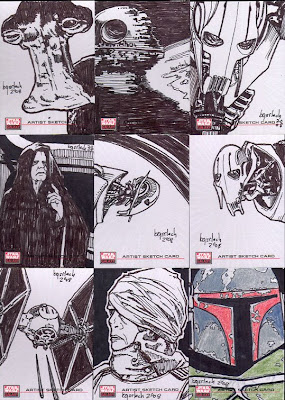 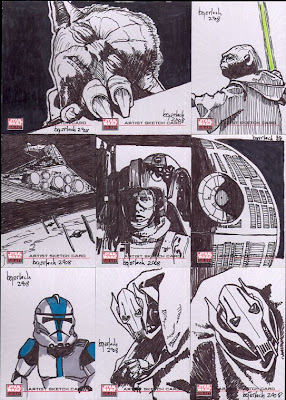 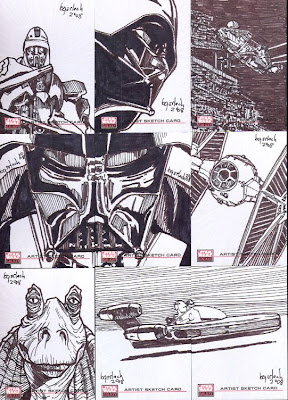 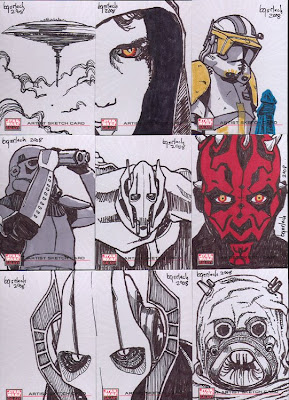 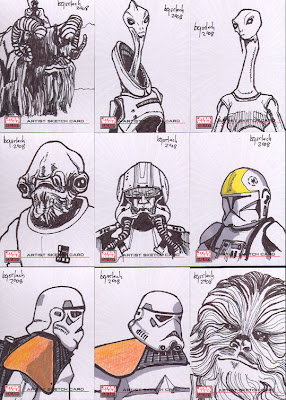 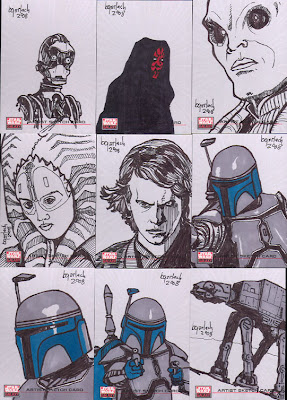 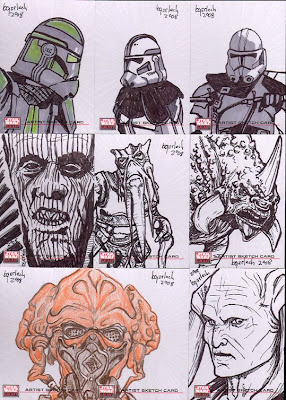 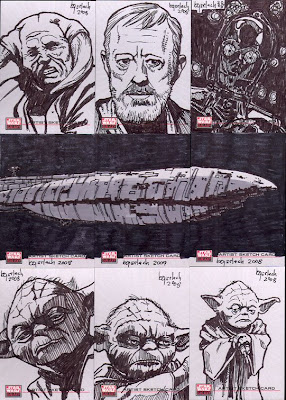