How about another rip roaring Muck Man tale? 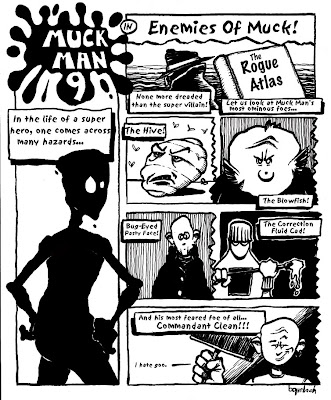 It's been awhile since the mighty Muck Man has made an appearance here, so here he is in another astounding tale of righteousness. 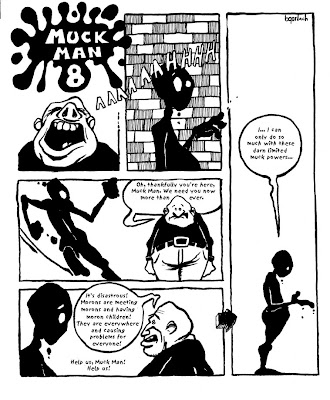 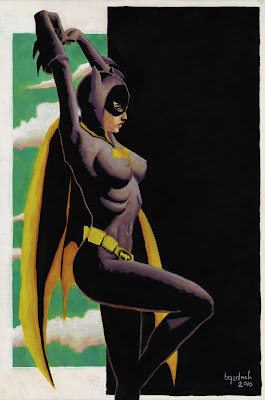 Batgirl
10x15
acrylic and colored pencil on illustration board
Posted by Bruce at 2:44 PM No comments: 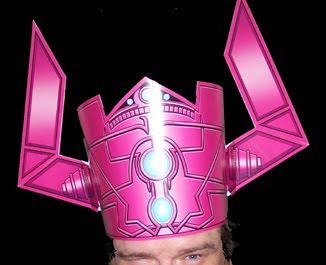 So, it's been a quick two weeks since the San Diego Comic Con and I'd better do an equally quick write-up about my week there before too much time slips away. As you can see by my super awesome Galactus hat that a fun time was had by all. Just slip on your very own magical Galactus hat and you shall be whisked away to geek heaven. Trust me, it worked. 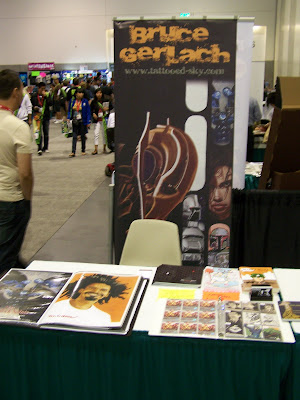 I was fortunate enough to get a table this year in Artists Alley and was very happy with my spot at the end of the aisle. I had a great vantage point to not only attract potential viewers and buyers, but I also had a front row seat to people watch and there was plenty to watch! The above pic shows what my little corner of con looked like. 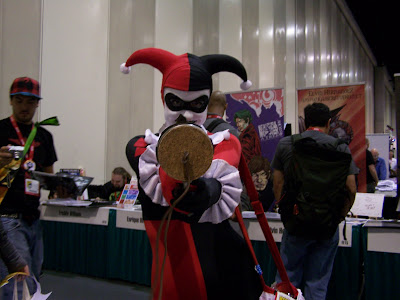 Harley Quinn came by and it didn't take her long to whip out the old cork gun and threaten me (actually, she was quite charming). 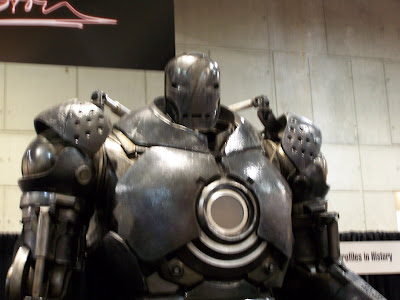 One of the cooler exhibits was the Iron Man booth. They had all of the suits of armor from both of the movies. Being an exhibitor has its advantages; after all the crowds departed I was able to meander through the hall and see a lot of this stuff up close without a bunch of people clustered together. It was pretty cool.
It was a great experience to have a table at the biggest show on earth and to talk with all of the people who stopped by my booth. Thanks to all and I hope to see you next year!
Posted by Bruce at 10:49 PM No comments: