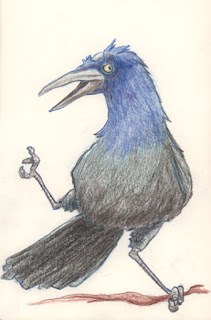 Who says that one can't be social during a pandemic? Well, not this guy, with whom I met and chatted with the other day. He seemed agitated, somewhat squirrelly, if I can use that expression. Then I noticed the patch of feathers missing from the top of his head. I asked him about it and he doesn't quite remember what happened. It may have been a run in with a cat, or a squirrel or maybe his wife, or it could have been some garbage flying through the air. He didn't know, really. It didn't affect his brain too much, he says, but he feels like a hot mess all the time, ruffled feathers and all that.
He said his name was Gilbert, but that I could call him Gil. 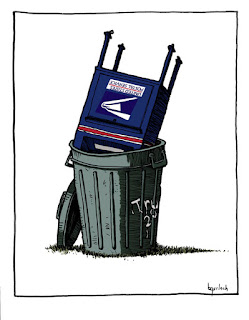 So, here are the steps taken to get where I wanted the design of Akut to be. 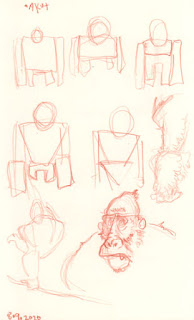 I started out experimenting with body shapes. I was happy with the face and think that I should have kept it skinnier, as shown here. 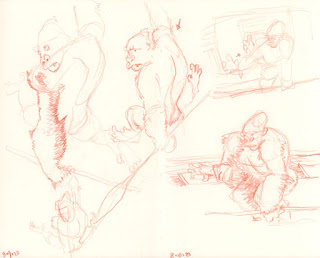 Originally, I was going to have Akut hanging from the war canoe, while making his way on board, but upon further investigation, these canoes didn't seem to sit high in the water. They were big, just not high, like this. I did like the idea of him hanging, though. 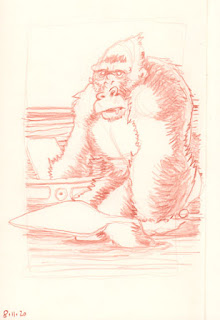 I was satisfied with this layout and instead of inking right over the colored pencils, I did that with a projector, which the final version before coloring, is below. 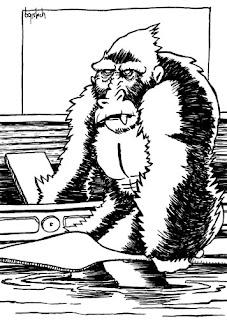 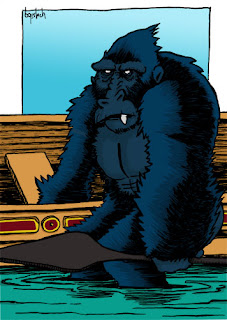 So, I've decided to have some fun with character designs, using protagonists and probably antagonists from books recently or currently reading. I'm kind of taking the approach of showing them how they could look for an animated film or picture book, or something.

This is Akut from The Beasts of Tarzan by Edgar Rice Burroughs at that moment when he makes the proverbial step from one world into another.

Tomorrow, I'll show the process of getting to this point. 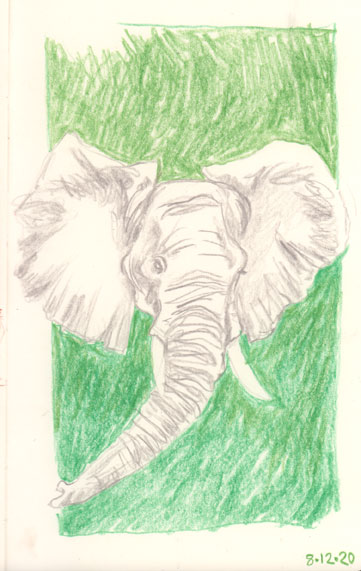 Happy World Elephant Day! At least there are some intelligent creatures among us.
Posted by Bruce at 4:09 PM No comments: 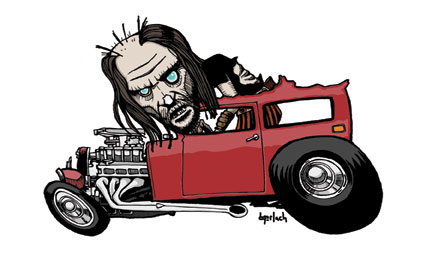 Here is the next Zombuggeez™ drawing in the lineup. It's actually the second one that I illustrated and will most likely be the next sticker available, as well. More on that soon.
The original black and white drawings will also be available soon on my website and can do commissions for your favorite kind of car all zombified and stuff. Contact me for the details.
Posted by Bruce at 5:34 PM No comments: